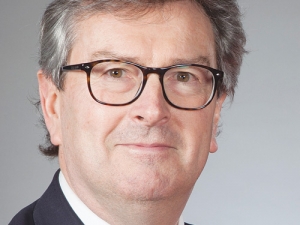 Brexit is likely to push New Zealand down the queue for free trade negotiations with the European Union.

That's the view of the director, National Centre for Research on Europe, and University of Canterbury professor, Martin Holland.

While NZ has "extremely high chances" of securing a free trade agreement with EU, it is no longer the first cab on the rank.

"Before Brexit we were the next cab on the rank, even ahead of Australia... but Brexit confuses everything," Holland told Rural News.

NZ and EU have done groundwork on a FTA for two years; a decision to open negotiations is due later this year. But that was the premise prior to Brexit, says Holland.

"My only concern is that the EU's trade focus will turn exclusively to doing a deal with UK and it won't have resources to start negotiations with NZ. So we will find ourselves behind the British in the queue. We need to think and worry about that to some degree."

Trade Minister Todd McClay, who attended the G20 trade ministers' meeting in Shanghai, says he has had strong assurances that NZ's trade interests will not be harmed by Brexit.

EU trade commissioner Cecelia Malmstrom told McClay that NZ remains on track to negotiate a FTA with the EU.

"Considerable effort has been put in by both sides over the past few years as a high quality trade agreement is in all parties' interests," says McClay.

In his discussions with UK Minister of State for Trade and Investment Lord Price, McClay expressed interest in negotiating a bilateral trade agreement with the UK once they were in a position to do so.

"Timing of a bilateral agreement would depend on discussions the UK must first have with the EU, but we agreed it is in the interests of the UK and NZ to negotiate a high-quality agreement."

Holland agrees the British would be keen for a trade deal with NZ. "Once it leaves the EU there is no basis for trade with NZ other than via the WTO," he says.

Holland questions the ability of each party to be in multiple trade negotiations at the same time.

"Despite the myth that the EU commission is a huge bureaucracy, it is not; it has only so many people engaged in trade negotiations.

"Running multiple high level FTA negotiations simultaneously might be possible but NZ would need to be more patient than expected."

Holland believes NZ should first secure a FTA with the EU before a deal with the UK.

"It's the third biggest market for NZ; after the UK leaves, the EU will be our fourth-largest market after ASEAN; the UK is under 5% of our trade."