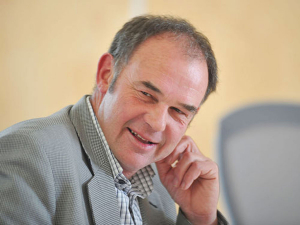 If Britain crashes out of the EU at the end of October it will be unlikely to seriously affect the New Zealand meat industry.

He told Rural News that October/November is not a critical time of the year for our meat industry. But he concedes it may cause some difficulty with chilled and early spring lamb.

Grant says a greater risk existed earlier this year when the leave date was March 31. This would have affected Easter lamb sales, he says.

“October 31 doesn’t create so much difficulty,” Grant says. “But it is continually delaying the possibility of a NZ free trade agreement (FTA) with the UK, and that is the big frustration.”

Grant says it is now almost impossible to predict what might happen with Brexit.

He believes much of Boris Johnson’s talk is just electioneering. He questions whether Johnson can get the numbers in the British Parliament, or has time before the summer break, to endorse his threat to leave the EU without a deal.

Grant says the problem has to be solved solely by the EU and the UK and the EU has said it will act in Ireland’s best interest.

He says another extension to Britain’s leave date is possible.