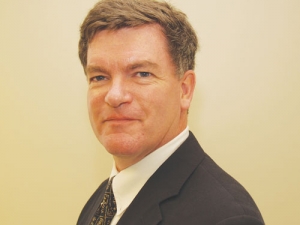 Cellphone black spots and a lack of internet broadband is putting lives at risk in rural communities, claims a rural health advocate.

Dr Jo Scott-Jones, a GP in Opotiki, Bay of Plenty, says the lack of cellphone coverage in rural areas makes it hard for people to access emergency services. Scott-Jones says a friend who got trapped under a quad couldn't call for help because of a cellphone black spot.

"I was caught recently at Opotiki where the address given was pretty vague. Because it was a mobile black spot, I wasn't able to ring through to the ambulance communications centre to clarify the address and so spent 25 minutes driving around looking for someone in distress," he told Rural News.

Scott-Jones is also the chair of the Rural Health Alliance Aotearoa New Zealand (RHANZ), which represents 42 organisations with an interest in rural health. He says people who work in rural areas often work alone, in isolation and in remote areas, and being able to communicate is an important safety issue. Scott-Jones adds that cellphone black spots on state highways in rural NZ also create unacceptable risks.

"Prospective staff members in both health services and other industries are often reluctant to move to rural areas where connectivity standards are sub-standard. This impacts the recruitment and retention of rural health providers into the regions."

Scott-Jones says the three questions people ask when they are moving into rural areas are about the schools, health and broadband. If they can't have good access to broadband they may choose to live somewhere else.

"In my case there is so much I can do now with good quality, high-speed broadband in my surgery – which I didn't have before. I can now further my own education with video streaming lectures and conference downloads. Online courses are now much easier than they used to be and there are services we can offer, such as getting people to use a tele-health link into the surgery."

Scott-Jones says better broadband will increase his ability reach out into his community and do in-home monitoring. He says in cities people use broadband largely for entertainment, whereas in rural areas it is more frequently used for health, education and business.

"We applaud the Government's initiatives to enhance connectivity in rural areas; we just want it sooner."

Heads up on a good hat

Quad safety is back in the news in Australia, where the Government has ruled that rollover protection will be mandatory within 24 months.

Recent news that roll bars will be mandatory on quads in Australia within 24 months prompts the question: what’s going to happen in New Zealand?