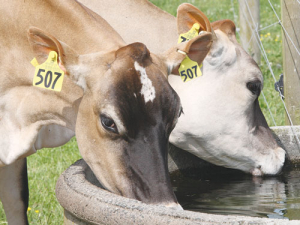 “This is the first study that has ever been done to quantify the benefits of installing an on-farm stock water system on hill country, and it shows excellent results,” Guy says.

The study involved investment analysis of 11 hill country sheep and beef farms across New Zealand who had invested in stock water systems on their properties.

“The analysis showed a significant return on investment for all of the properties. The average Internal Rate of Return was 45% and on some farms was as high as 85%. On average, the time it took to repay the initial investment was three years.

“Without fail, every single farmer who took part in the study said their investment was a good decision. They found it helped cope with drought conditions and enabled them to better graze hill country areas. This has meant improved pasture utilisation and production, as well as improved stock numbers and stock performance.”

“Waterways, wetlands and dams were able to be fenced off while riparian strips were planted and regeneration programmes instated.

“One of the unquantified benefits was the greater peace of mind as they didn’t have to worry about animals getting stuck in dams during dry periods.

The report was jointly funded as a Regional Economic Development initiative by MPI, MBIE and Beef+Lamb NZ.

The full report is available at: www.mpi.govt.nz/growing-and-producing/stock-water