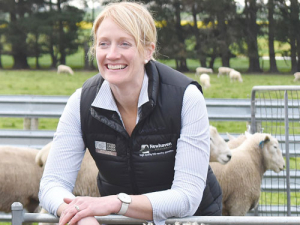 A group of sheep breeders are calling on MPI to reverse the 2016 relaxation of the rules on importation of sheep and goat germplasm.

Previously, no ovine embryo or semen imports were allowed from countries other than Australia, due to the risk of importing diseases such as scrapie, foot and mouth and maedi-visna.

It has also approved importation of semen in the form of frozen pellets.

Australia has reacted by banning the importation of sheep genetics from New Zealand, concerned that our standards are now too low.

Smith told Rural News that the new rules are for the “alleged economic benefits” of importing exotic and milking sheep genetics. But she claims these have little regard for other groups in the industry who had opposed the change. And she says biosecurity incursions since then, notably Mycoplasma bovis, have given their concerns added urgency.

“We hear that we have a world-class biosecurity programme in New Zealand and that others are perhaps not so watertight,” she says. “But here we are allowing levels of potential incursions that no other countries will allow.

“It keeps me awake at night, it really does.”

Smith is a member of the Perendale Sheep Society but says she’s speaking as a private individual. However, society president Mike McElrea says the breed organisations back Smith’s call.

“We had a crew of Australians buying stud rams from our [Perendale breeders] stud ram fair in Gore until last year. Once this happened they couldn’t,” McElrea told Rural News.

“They were coming every second or third year and buying eight or ten rams, to introduce new genetics into their operations. But since this has happened they’re not allowed to take them into Australia so that’s an end to that.”

“So there can be doubt about the identity and health status of their donor ram. This poses a serious risk to New Zealand’s biosecurity,” Smith explains.

“Ironically, MPI does not allow New Zealand semen to be exported in this pellet form as it does not meet the OIE standards under the World Organisation for Animal Health, yet we allow other countries to bring it onto our shores in this form. To me that is unbelievable.”

Sheep and deer breeding specialist Julia Aspinall, founder and chief executive of Genetic Gains, Southland, said there is absolutely no benefit to NZ from imported pelletised semen. It is cheaper for the producer but more costly for the end user, she said.

“To anybody who’s handled pellets it’s an absolute no-brainer that they’re outdated.”

Aspinall said that while semen pellets had been imported from Australia for many years with no adverse incidents, they were now coming in from places with far higher disease loadings.

“The inseminators -- the people who use it -- all those I’ve spoken to agree with me but none of them will stick their head up and say so.”

Aspinall said she had frequently voiced her concerns to MPI and politicians to no avail.

Smith said the former MPI chief executive Martyn Dunne (now retired) wrote her in September saying MPI had “general confidence” in the procedures in place, but she believed that was a low standard.

“I’m hoping with the changing of the guard that there’s a higher level of scrutiny of this,” she said.

“If MPI is determined to continue to allow imports from these countries, I ask them at the very least to reduce the risk by allowing only importations of semen which meet international standards to be imported i.e. packaged in sealed, clearly labelled straws.”

MPI says it will do more inspecting of imported ovine germplasm to meet industry concerns.

It says it has also tried to persuade Australian authorities that their concerns over NZ’s ovine genetics exports are unfounded.

In a statement, MPI says it is confident of the biosecurity measures in place.

“MPI takes biosecurity extremely seriously and our Import Health Standards for the importation of sheep and goat semen and embryos are based on, or exceed, top international standards.”

MPI says it had listened to the concerns of the farming sector regarding pelletised sheep semen.

“As a result, we’re planning additional inspections of consignments to ensure that certification, documentation and packaging meet the Import Health Standard (IHS).”

MPI says the new IHS had been in response to a long-standing industry request for an improvement in sheep and goat genetics in NZ, for both milking and meat purposes. The ministry claims this was widely consulted on and developed with input from industry.

“In addition, MPI did rigorous risk analysis and found the risks of introduction of diseases via germplasm could be appropriately managed. The only country that disagreed was Australia, who subsequently imposed import restrictions on ovine germplasm from New Zealand,” it says.

“This was due to perceptions of the risk of spreading scrapie. We have presented Australia with scientific evidence to reduce their concerns, however the restrictions remain in place.”

MPI denies increased risk from pelletised semen. It says pellets had been imported and used in NZ for decades, and a 2013 risk assessment for pellets concluded the risk was “appropriately managed” by the requirements of the IHS.

The IHS can only be used if the country of export has been approved by MPI in a rigorous process, including assessing their systems and their animal disease status. MPI noted that none of the four countries now exporting ovine germplasm to NZ has foot and mouth disease.

No magic bullet to fly control

There is no “one-size fits all” approach when it comes to effective prevention and treatment of flystrike.