All ‘Barred’-up over M. bovis 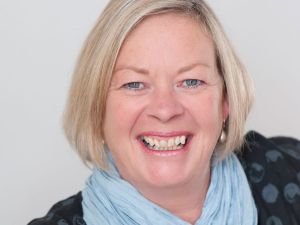 South Canterbury rural consultant Sarah Barr says there is a huge degree of anxiety on the ground over the surge in the Mycoplasma bovis eradication effort.

She told Rural News the announcement of the surge, made just before Easter, was worrying for people who had been previously caught up in the effort.

“People who know they’ve got traces, but haven’t yet been followed up. And people who aren’t involved but are concerned that now they may be.”

Barr says the impacts of the disease are enormous across the wider industry, with many stock agents having reduced incomes.

“I wouldn’t say [stock sales] have been completely paralysed, but they’ve certainly been significantly impacted as a result of that announcement.”

Barr was previously the Rural Support Trust’s South Island (except Southland) M. bovis response co-ordinator but she resigned from that role last July over dissatisfaction with MPI’s handling of affected farmers.

However, she has continued to work with a number of M. bovis clients “because they don’t have the luxury of resigning”.

As a consultant, Barr specialises in rural succession planning and team development. Her M. bovis support work is still funded by MPI but at a much lower rate than when working in her own right.

“I’m just fortunate that I’m self-employed and I’ve been able to put my life on hold to an extent and support these people,” she said. “It matters too much.”

Barr declined to comment on how MPI is now handling the response.

“I don’t want to form a view there,” she told Rural News. “All I’m concerned with is helping the farmers, which I can do on the ground well – help them minimise the pain and anxiety that being part of the M. bovis response inevitably leads to.”

Barr says she is sure there are people coming out the other side who haven’t had as terrible an experience.”

However, she believes anxiety remains for those still trying to get themselves out of the programme and for those worrying they might yet be caught up in it.

“We cannot minimise the pain being felt by many.”

Govt to invest in biosecurity