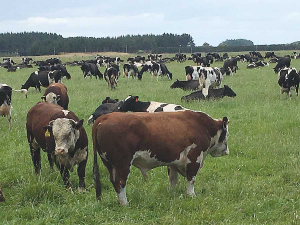 Beef + Lamb New Zealand will be funding a new action group after the end of the Red Meat Profit Partnership in March.

“As part of our commitment to supporting Action Groups, ensure their success and for farmers to benefit from the small group learning approach, B+LNZ will make an annual payment of $2,000 per group until 30 September 2022,” says John Ladley, general manager South Island at B+LNZ.

“Farmers have told us they would like help with establishing groups, setting up the group’s annual extension plan, cementing in place best practice for how groups operate and transitioning from a RMPP-funded group to a self-funded group. This funding change has been put in place to help groups achieve these goals.”

The funding will be subject to the completion of a group evaluation survey on the group’s ten-month anniversary and an approved extension plan, he says.

The B+LNZ new funding model will come into effect from 1 April 2021.

“B+LNZ is a firm believer in this extension and adoption model and we see this as a key tool for driving farmer productivity, profitability and supporting farmers with change.

“Action Groups represent a great way to further enhance out support to farmers, rural professionals and the sector in adapting to regulatory challenges such as climate change and freshwater and the changing views of consumers and the wider public, while remaining farmer-led.

“There is significant value for farmers from being involved in an Action Group, not just from a financial perspective, but also the networks, shared learnings and social connections.”

The Otago-based Bruce District Action Group is transitioning to a self-funded group now that the Red Meat Profit Partnership (RMPP) has ended.