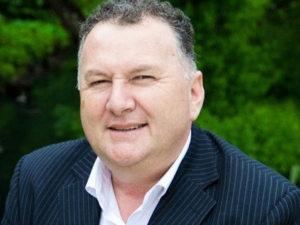 The Provincial Growth Fund is loaning $10.6 million to develop Māori land for horticulture.

The money will be used to develop a water storage facility in the remote eastern Bay of Plenty community of Raukokere, Regional Economic Development Minister Shane Jones announced today.

“This is great news for the rural community. The landowner, Te Whānau a Maruhaeremuri Hapū Trust, will use the investment  — in the form of a loan — to design and build the water storage scheme that will act as a catalyst for under-utilised, under-developed Māori land,” says Shane Jones.

“The key focus of this project is to change low productivity land to land that will support high value horticulture.

“The water storage facility will be key to growth in the primary sector industries, leading to increased jobs in the area. The long-neglected eastern Bay of Plenty faces an uphill battle in increasing regional economic growth and the rewards that brings such as higher wages and more job opportunities,” says Shane Jones.

Te Whānau a Maruhaeremuri Hapū Trust previously received a PGF grant of $950,600 for a feasibility study which found there was significant potential in the development of a water storage scheme.

In addition to the $10.6m loan announced today, Te Whānau a Maruhaeremuri Hapū Trust will receive $894,161 to start a 20ha macadamia orchard. This investment was part of the $30m Whenua Māori investment announced at Waitangi earlier this month.

Horticulture exports hit a record breaking $6.2 billion in the year ending June 2019 – up $720 million over the previous year.