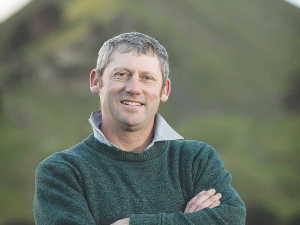 Wiltshire breeder William Morrison says growing demand for the self-shedding sheep has been sparked by the very low price of wool.

The demand for Wiltshire sheep is “incredible and unbelievable”, according to the country’s major breeder of the sheep that sheds its wool.

William Morrison of Morrison Farming, based near the town of Marton in the Rangitikei district, says the demand is sparked by the very low price of wool.

Morrison says his father accumulated all the Wiltshire sheep in New Zealand and most of the flocks today have originated from their farms. Currently, they have about 1,000 purebred Wiltshire’s on their farms and the remaining 3,000 ewes are a composite called Ezicare, which is largely based on a Texel Wiltshire cross.

While the Wiltshire breed is a minority breed in NZ, it has suddenly come to the fore as wool prices have progressively slumped. For many farmers, shearing has been done only for animal welfare issues and is a loss to their businesses.

Morrison thought, as wool prices steadily dropped, demand for the self-shedding Wiltshire’s may have increased, but says this has only happened recently.

“Interest in Wiltshire sheep and demand for quality rams, ram hoggets and breeding females has been unprecedented over the last three months,” he told Rural News. “I would say that demand has been at least 10 times more than any previous year. There are some days when I have fielded three inquires every day.”

As well as their ability to shed their wool, Morrison says Wiltshires have other great attributes. He says they have a high fecundity and regularly scan over 190% on this farm, and the rams make excellent terminal sires because they are different from other NZ breeds.

Morrison says the wool shedding attributes of the Wiltshire are interesting and genetic based.

“However, the shedding displayed by individual sheep is also influenced by that animal’s weight, condition, health, age, as well as on-farm conditions in spring,” he explains.

“Healthy, heavy animals experiencing a warm, early spring will shed their fleece a lot earlier than animals that are under stress or are experiencing a cooler, later spring.  For example, a big, healthy two-tooth ewe might fully shed its fleece.

However, when rearing triplets, the following year it may not fully shed.”

Morrison says two-tooth Wiltshire ram sales have been very strong throughout the country and there are plenty of quality ram hoggets that can still be sourced from good breeders.  He reckons good quality ram hoggets are a good option and a cost effective way to start your breeding-up program or to experiment with Wiltshires this mating.

Morrison Farms sells between 100 and 200 rams a year and between 200 and 400 ewes for breeding. Morrison says it would be nice to have more to sell, but any move to do this has to be done carefully and align with their overall farming strategy.

“We have some tremendous sheep breeds, breeders and flocks in New Zealand.  As sheep farmers, all we need to do is to visualise the type of sheep that we want on our farms, write down the performance numbers that we want our sheep to achieve and then we can breed our ewes flocks to look like and do exactly that,” he told Rural News.

“For many New Zealand sheep farmers, Wiltshire sheep genetics are a fantastic opportunity and will be an important ingredient for their future flocks.”