Pneumonia and pleurisy in sheep 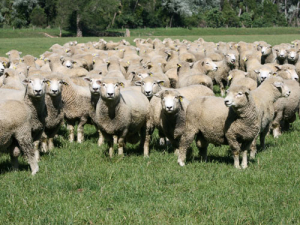 Prevention is the best management tool.

Pneumonia and pleurisy in sheep can be costly, but you can take steps to prevent it.

Pneumonia is a disease that causes lesions in lungs.

The most common form is chronic non-progressive pneumonia (CNP) and it can be caused by bacteria, mycobacteria or viruses. Symptoms are often not very obvious (i.e. they are sub-clinical) but affected sheep will often have trouble breathing, pant after exercise and cough.

Sheep with pneumonia are more likely to develop pleurisy (lungs adhering to the chest wall). Affected carcases are downgraded or condemned at processing plants.

In 1999-2000, lambs from 14 commercial sheep farms were monitored: 400 lambs on each farm were randomly selected and weighed every four weeks, to gauge the effect of pneumonia on growth rate.

Lung lesions were assessed monthly at slaughter in 40 randomly selected lambs per farm. In the second study (2000-01), a database of 1719 farms in Canterbury, Manawatu and Gisborne were analysed to see if farm location or within-flock were more important in predisposing sheep to pneumonia.

The third ‘case control’ study looked at the links between farm management and pneumonia. The fourth study tested the efficacy of the pneumonia vaccine Ovipast Plus in preventing adverse subclinical effects using 9174 lambs in the North Island. Mortality was not assessed in this trial.

The final study estimated the economic cost of pneumonia and pleurisy.

Usually more than 20% of the mob becomes affected

The second study showed that the prevalence of lambs with chronic non-progressive pneumonia ranged from 0% to 100% per flock. On average, flocks had 24% of lambs affected. The number of flocks with some pneumonia present in the surveyed flocks ranged from 40% to 71%.

The region in which lambs were farmed did not significantly affect either the incidence or severity of pneumonia. There was more variation between mob within a flock than between flocks. In other words, flock level factors are more influential than a location of a particular farm.

What onfarm factors are linked?

The study of associations between pneumonia and management showed that the factors below may be linked to pneumonia:

• Shorn on the day of weaning (i.e. stress, crowding together). This had the most significant association.

• Slaughtered late in season (increased time at risk or slow growth rate because of pneumonia).

The efficacy of the only vaccine commercially available at that time was tested on 9174 lambs. The lambs were grazed on seven commercial farms in the North Island.

The vaccine (Ovipast Plus) did not reduce the extent of pneumonic lesions. It also did not prevent a reduction of lambs’ average daily live weight gains (ADG) caused by pneumonia. No comment can be made on the effectiveness of the vaccine at preventing mortality.

Studies of novel and improved vaccines have been ongoing in NZ since 2014. AgResearch has ongoing studies on the nature of disease-causing agents and a programme for development of suitable vaccine products.

Collaboration between AgResearch and MSD Animal Health has involved running field trials evaluating a Mannheimia haemolytica vaccine with vaccination of both ewes and lambs, or lambs alone.

Indications are that vaccination of ewes and their lambs has greater benefit than vaccination of lambs alone. Further studies are underway with multivalent vaccines containing both M. haemolytica and Mycoplasma ovipneumoniae strains.

There are no vaccines for sheep pneumonia licensed for use in New Zealand.

Prevention is the best management tool. A healthy animal that has adequate nutrition, up-to-date animal health and minimal stressors is less likely to develop the disease.

• Keep the time of yarding lambs to a minimum.

• Avoid shearing lambs at the same time as weaning.

• Try to minimise stock movement at middle of day when dust levels are highest and avoid long-distance movements where practical.

• Try to reduce the extent and duration of open-mouth panting when mustering and droving lambs; satellite yards to reduce long-distance movement; reducing pressure on lambs when droving; laneways to allow lambs to drift at their own pace.

In a mob of 500 lambs affected by pneumonia there would be two key costs.

Consequently, on average they would take 56 days to reach target weight instead of 47 days. In this time, they would eat an additional 6200kg of DM.

• Beef + Lamb NZ was the source of this information. For more go to: https://beeflambnz.com/knowledge-hub/PDF/pneumonia-sheep