Kiwi to lead GEA in Australasia 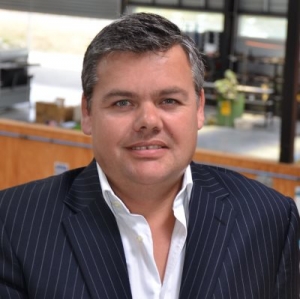 He will lead the sales and operations of both New Zealand and Australia, alongside his MD position in New Zealand.

GEA Farm Technologies is owned by the GEA Group, one of the largest system providers for food and energy processes in the world. In 2012 the Group generated around EUR $5.7 billion in revenue.

Forty-year-old Mikkelson was born in Matamata and has spent most of his life in the Waikato.

For the past 20 years he has worked at the Hamilton-based international milking machine company Milfos, where he was instrumental in growing the company from a start-up to an industry leader alongside its founder, the late Philip Locke. Mikkelson was a shareholder and the managing director of Milfos when Locke passed away last year.

When GEA Farm Technologies purchased Milfos in late 2012, it appointed Mikkelson managing director of its NZ operations. Six months on, he is now one of eight global VPs, with responsibility for the overall sales and performance of 190 employees and 50 service partners, in a market servicing more than six million dairy cows.

Based at GEA's NZ head office in Hamilton, Mikkelson said New Zealand was considered a market of the future by GEA Farm Technologies, and the acquisition of Milfos completed the companies offering of a 'total solutions provider' for its pastoral dairy farmer customers.

He said New Zealand was also being positioned by GEA as a world-hub for pastoral farming. He believes business is about people first and products second.

"My role is about aligning people and the business to a common strategy and helping them deliver on that strategy."

He says the challenge of managing Australia was not dissimilar to the challenges that already exist in New Zealand managing the differences between farming, for example, in the North and South Islands.

"While New Zealand and Australia are similar, they are also very different – I don't expect to take a NZ approach in Australia and likewise what works in Tasmania will not necessarily work in New South Wales. It's about understanding in real detail the drivers, challenges and where we can add value," said Mikkelson.

He added that being part of the GEA Group provided distinct business advantages such as being part of a significant product development programme and having access to global knowledge both strategically and practically – all of which he said "ultimately results in the ability for us to deliver the right solution to our pastoral farming customers."

He said being part of the GEA Group has also provided opportunities for products manufactured in New Zealand, such as FIL and Milfos, to be marketed in more countries around the world through GEA's global network.
In New Zealand GEA Farm Technologies owns and markets five dairy industry product brands: milking machine and farm management equipment from Milfos and WestfaliaSurge; dairy hygiene and animal health supplies from FIL; effluent handling equipment from Houle; and barn equipment supplies from Norbco.

Mikkelson says his knowledge and experience of the New Zealand dairy industry and business development was invaluable in his new role.

"I had the privilege of spending 20 years with Milfos working with the team to build it into one of the most respected milking machine companies in the industry. I'm now looking forward to working with our combined team at GEA to bring the best pastoral farming solutions to New Zealand's dairy farmers – who we know are the best in the world."

Yard washing, pumping and effluent screening gear will be on the GEA site at the Effluent Expo at Mystery Creek. The expo will be held on November 27 and 28.