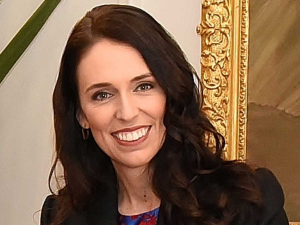 National’s was arguably one of the worst run campaigns in recent history with rogue MP’s such as Jamie Lee Ross and Andrew Falloon, to name just two, and not forgetting Michelle Boag’s cameo appearance in all of this. There was the disastrous Todd Muller leadership coup, leaks and dissent from within the caucus and some dumb impromptu comments during the actual campaign.

To be fair, National in its wildest dreams probably never expected to roll St Jacinda whose popularity has soared during Covid. She was like John Key in his heyday.

But what is bizarre, is the fact the many National voters – and likely farmers – gave their party vote to Labour. This was probably not so much because they had suddenly turned red, but rather they believed the polls leading up to the election were correct and the chances of the National getting in was zilch. Fearing a Greens-Labour coalition, they voted Labour in the hope that Ardern could govern alone without the help of ‘the watermelons’ (The Greens: green on the outside, red on the inside).

If this is true it poses some problems for Labour. On the one hand they can hardly discard the Greens because they may need their support in three years time, but if they go into a coalition – which now seems unlikely – there could be a backlash now and in future. There are also problems within Labour with Environment Minister David Parker seen by the rural community as a major problem with his hard line and uncompromising approach on the new freshwater regulations.

Ardern will have an interesting walk along a tightrope in the coming weeks as she sorts out her new cabinet. Yes Labour has a mandate now, but one assumes that Labour wants six years, not just three, and balancing the pressures from all factions on the left will be challenging.

Meanwhile, the so-called opposition will have to be a real opposition for a change and develop a culture of internal discipline if it’s once again going to be a force in NZ politics.

One MP told Dairy News some months ago that there was a complete lack of discipline over the last three years and it was this that cost National dearly.

That is going to be hard with the wounds of defeat still oozing and so a long time in rehabilitation is likely before the party can get itself in a position to challenge the magic of Ardern, who is now a cult figure in politics – in NZ and the rest of world.

The next three years — Editorial

OPINION: The dust from the 2020 general election has settled and Labour has been given the mandate to govern New Zealand for the next three years.