Let’s be fair to farmers — Editorial 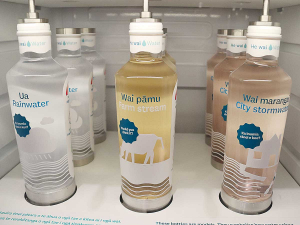 Museum of New Zealand, Te Papa Tongarewa has made no new friends in the dairy sector with its farcical display of water quality ‘samples’ from around the country.

The furore erupted a month ago after National MP Todd Muller tweeted a picture of a bottle of brown water, part of a display in the museum’s Te Taiao Nature exhibition.

The bottle featured an image of a cow defecating in a waterway and a map indicating the water was from the Waikato.

To their credit, Te Papa changed the label to show the cow standing on solid ground and no longer defecating. The map had also been removed and a note been added to the display to make it clear the bottles were not samples but only symbolic.

However, farmers are rightly asking how and why the Te Papa got it wrong in the first place?

It could have asked DairyNZ. After all, only days earlier they had hosted (and most likely charged NZ dairy farmers a hefty sum) a dinner for the annual Dairy Environment Leaders Forum to celebrate the great work dairy farmers had undertaken.

Farmers were upset the museum had used dyed brown water in the display, rather than taking an actual sample from a farm stream.

The display was an unfair body blow to the New Zealand farmers and the dairy sector, at a time when they are striving to win public support and recognition for the hard work they have done over the years to restore water quality on farms.

Farmers demanded to know when and where this water was taken from. Te Papa confessed that the water wasn’t actually from a farm at all but was made up in a back room using brown dye. It is clear that the water in their display is not representative of an average farm stream.

The group is also upset about how the bottle was labelled and how the sector was represented.

DairyNZ says the imagery on the bottle of a cow standing in water defecating is highly deceptive and entirely out of step with the reality of dairy farming in New Zealand today, “where we are proud to have fenced off 98.3% of waterways in recent years”.

Let’s hope Te Papa has learnt a lesson. Dairy farmers aren’t asking for much, they only seek credit for the good work done on farms around water quality.

Debate over Te Papa’s controversial exhibition on water quality has farmers continuing their criticism and the museum defending its stance.

Te Papa has responded to farmer criticism of its exhibition on water quality.