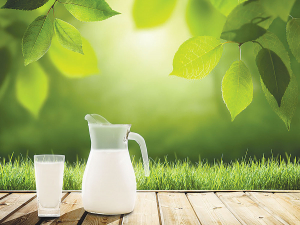 For a small milk processor, Tatua has been punching above its weight for many years

Every year, towards the end of September the co-operative comes out with its annual results.

And every year it receives applause for showing the rest of New Zealand processors, including the world's sixth largest milk dairy company Fonterra, a clean pair of heels when it comes to the final milk price for the previous season.

This year has been no exception. On September 30th, the Tatua board met to finalise its accounts for 2020-21 season. And, as is the tradition, Tatua chair Steve Allen and his board members then rang each shareholder to relay the good news.

The numbers are impressive. Tatua had a good year despite challenges posed by the pandemic. Group income topped $395 million, with earnings available for payout of $162 million, equating to a record $10.43/kgMS, before retentions for reinvestment and taxation. This was an improvement on the previous year earnings of $9.96/kgMS.

Tatua's mission is simple: it's happy to be a niche player turning its small pool of milk into high quality products, for both export and the local market.

This has delivered great results for Tatua, year-in, year-out.

In recent years, Fonterra has been transitioning to a similar strategy; its overseas milk pools are being flogged off and attention is turning to adding value to NZ milk.

Fonterra says it believes it has an opportunity to differentiate New Zealand milk further on the world stage, with the aim of getting more value from the co-op's milk.

To strengthen the value proposition of its New Zealand milk, the co-op is increasing investment in sustainability and R&D.

This is what Tatua has been doing since inception. Its website says, since 1914, they have been "developing and producing dairy products at Tatuanui, in the heart of New Zealand's largest dairying region - the Waikato. Out mild climate, rich soils and consistent rainfall create a perfect environment for growing grass".

It has proved to be winning formula for Tatua and there's no reason why it can't be the same for Fonterra.