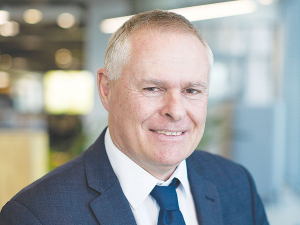 If the volatile share price is anything to go by, then everything isn’t hunky dory within the co-operative.

When Fonterra released its proposals on May 6, chairman Peter McBride had a word of caution for farmer shareholders.

He expected moving to a farmer-only market, where only Fonterra farmers can trade shares among themselves, would impact the price at which co-op shares are traded.

He also cautioned that there may not be as much liquidity in the market.

Trading continues to be volatile. On May 6, Fonterra shares were trading at $4.56/share. By June 18, it had dropped to $2.80, wiping millions of dollars off farm balance sheets. Last week the price recovered a little and hovered around $3.60.

On May 6, FSF shares were trading at $4.60. Within six weeks it had shed almost a dollar.

A farmer-only market raises the question: who would be able to buy and hold shares? And what about sharemilkers and contract milkers supplying Fonterra?

Fonterra farmers also need to decide whether to keep the FSF. Again, there are mixed views among farmers.

Some farmers are questioning whether buying it back would be the best use of capital.

Removing the fund would involve an offer by Fonterra to unit holders to buy back their units at a fixed price. The approval of at least 75% of unit holders entitled to vote would be needed for the offer to be accepted. Fonterra’s consultation documents say that any fund buyback offer amount “would need to be acceptable to unit holders, fair to farmers and would need to make more sense to the co-op than the Capped Fund alternative.”

Another challenge is how to make any transition to a new capital structure as fair as possible for farmers.

With share prices nosediving, the co-op is looking at extending the timeframe in which current farmers can hold onto their shares once they retire or cease supply.

To get things moving in the right direction the chairman has been embarking on another round of farmer meetings throughout the country.

Whether he’s able to calm fears among shareholders and get them onside remains to be seen.