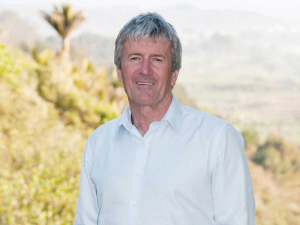 The road to Europe to get any sort of reasonable trade agreement has never been harder. For me, it is somewhat of a re-run of what happened in the late 1970s and early 80s when I regularly travelled the London-Brussels to Paris route - often taking in Dublin and Bonn - with then Trade Minister Brian Talboys and Prime Minister Rob Muldoon. Forty years ago, the EU and the UK were putting the screws on our trade to placate their powerful farming lobbies.

Today it is no different. The same old protectionist arguments are being rolled out against NZ, but in many ways it's not worse. Back in 1980, there were just nine members of the EU - today there are 27. Add the fact that today the UK - supposedly our strongest advocate in Brussels - is no longer there.

Also remember that English is not the first language of any of the EU 27. Sure, there are strong cultural ties with many. But when it comes to trade, all the nice narrative about free trade and global liberalisation goes out the window as politicians pander to powerful lobby groups such as their farmers.

The problem of course is exacerbated by the fact that the Covid pandemic has prevented the face-to-face meetings, which 40-plus years ago played a part in the deal making. For example, Muldoon and the late Margaret Thatcher (former UK PM) got on very well and this no doubt helped NZ's cause.

To call Damien O'Connor's trip 'mission impossible' is not an exaggeration. In just 10 days he has to try and do what his predecessors did over many years. One good thing is that NZ is blessed with some super smart trade negotiators from the Ministry of Foreign Affairs and Trade (MFAT). They are a good match for their counterparts in the UK and Europe.

Yes there will be FTAs, but like all good red wine and cheese, hopefully it will be worth the wait.