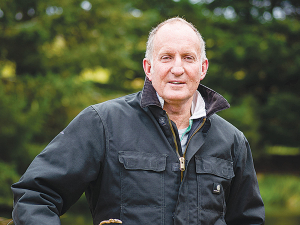 While New Zealand farmers overall are reducing emissions, agriculture is currently being blamed for a far bigger share of New Zealand's warming than it actually causes.

It's important all sectors play their part, including agriculture, transport, energy, towns and cities.

The method the Government uses to calculate emissions data, GWP100, is accurate for carbon dioxide but hugely overstates the warming impact of methane.

Although agriculture accounts for around 50% of New Zealand's emissions, it does not account for 50% of the warming. That's because methane has a half-life of around 12 years so disappears from the atmosphere much faster than CO2, which can last up to 1,000 years.

So alongside other primary sector organisations, we've written to the Government asking for all government agencies and independent bodies, such as the Climate Change Commission, to take a split-gas approach when reporting all emissions and delivering emissions budgets.

This would clearly demonstrate that short-lived gases like methane and long-lived gases like CO2 have different warming impacts. Perspective and sound science matter for the Government's response to climate change.

It's so important we get this right because key climate change decisions are made using that data - including methane targets that impact what farmers can do on-farm. This doesn't just affect a farm's bottom line, but also has a flow-on effect on mental health and wellbeing.

If farmers aren't able to run successful and sustainable businesses, their contribution to their families, the economy and local communities reduces - affecting the wellbeing of all New Zealand.

Also, because New Zealand dairy farmers have the lowest carbon footprint for on-farm milk and sheep and beef production for meat, there's no silver bullet to further reduce emissions. We need new technologies and the sector is investing millions in R&D to achieve this.

The focus needs to be on reducing warming

The whole point of reducing emissions for international agreements is to reduce warming - so it's important we have a more accurate picture of what's going on, so we can take the right actions.

The Intergovernmental Panel on Climate Change confirms the way emissions are currently calculated, using GWP100, overstates the warming impact of methane by 3-4 times, when methane emissions are stable (as they are in New Zealand).

Since New Zealand's agricultural methane emissions have been stable for almost two decades, since 2005, they're not contributing additional warming each year. A 2022 paper published in the prestigious Nature Journal by 33 scientists also highlights the need for countries to accurately consider that warming impacts of different greenhouse gases when putting forward their targets for emissions reductions.

To address this, we want the Government to adopt a more advanced method (such as GWP*) for calculating and reporting agricultural methane emissions, in line with the recommendations of leading scientists.

Jim van der Poel is chairman of DairyNZ and Andrew Morrison is chair of B+LNZ.