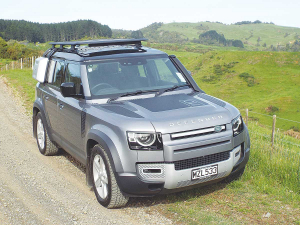 The British car giant’s “Reimagine” strategy will also see the reimagination of Jaguar as an “all-electric luxury brand” from 2025. The plan will also see “all Jaguar and Land Rover nameplates to be available in pure electric form by the end of the decade”, leading the move to become a net zero carbon business by 2039.

As part of this ambition, the company is preparing for the expected adoption of clean fuel-cell power in line with a maturing of the hydrogen economy.

Jaguar and Land Rover will offer pure electric power, nameplate by nameplate, by 2030. By this time, in addition to 100% of Jaguar sales, the firm anticipates that around 60% of Land Rovers sold will be equipped with zero tailpipe powertrains.

With a focus on sustainability under Reimagine, Jaguar Land Rover says it aims to build on innovations in materiality, engineering, manufacturing, services and circular economy investments.

A New Land Rover -- Discovery Sport – is the first of the company’s new Discovery vehicle range. The compact SUV seats seven in an optional ‘5+2’ arrangement.

Final defence of a mighty realm

WHEN DRIVING a genuine motoring icon you tend to forgive shortcomings, especially when you are driving the last of the breed.