‘We’re doing our bit, so must townies’ 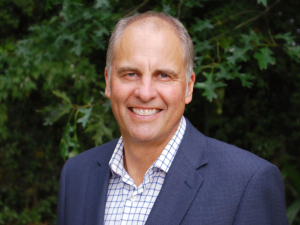 Dairy farmers are pleased the Sustainable Dairying: Water Accord shows them doing their bit to improve water quality.

But now it’s time the cities and towns did something too, they say.

Farmers are often blamed for poor water quality, yet five years of the water accord shows farmers have been fencing off waterways and building bridges and culverts across them.

They also have nutrient budgets.

Farmers’ achievements have been lauded by the industry.

The Sustainable Dairy: Water Accord, now in its fifth year, shows 24,000 km of significant waterways have been protected, culverts and bridges are on all dairy farms, and the industry’s 10,396 nutrient budgets are up from 6400 in the first year of the accord.

Through the Dairy Tomorrow Strategy, which the accord will transition into, the dairy sector is pressing on to work with communities, councils and the Government to lead work to improve waterways, says the chair of the Dairy Environment Leader Group, Alister Body.

“The water accord is one of the factors contributing to the measurable improvements in many waterways,” Body said.

“They pulled on their gumboots and put in many thousands of hours of time and made significant investments to help improve water quality,” Body said.

Galatea, BoP, dairy farmer Cathy Brown says nothing stays still and the accord is a living document.

“It is like farming. Today it is fast moving and farmers have to reinvent and adapt to meet environmental deadlines. We are used to it.”

She says this is the nature of how farmers work, but it is hard when it is above and beyond ‘business as usual’ for people on the land.

“We are often time constrained and such things take time.”

But she says while water quality is improving in most places, there are a few “laggers”.

But environmental improvement can’t happen overnight, Brown warns, though she is pleased.

“Water quality in parts of New Zealand are fine and we are happy to hold that line.  But there are places where improvement is needed definitely.

“As ecosystems take time to respond to changes on the ground, we can expect to see further improvements to water quality as a result of changes made on farms over the past five years,” said Body.

Of eight out of nine water quality indicators reported on, more monitored sites are improving than degrading, he says.

Damian  Roper, a farmer in Taranaki with a passion for the environment, says all farmers are doing their bit to improve water quality.

“98% of waterways are fenced and over half (54%) have environmental plans. It shows that in five years this voluntary water accord has done what it set out to do.”

He says water quality has not deteriorated on any sites and that is good for farmers and cities.

“This dairy water accord lines up well with the freshwater announcement by the Government recently.”

A Federated Farmers spokesman says farmers generally know what happens to their and their cows’ effluent, but the same cannot be said of most city and town dwellers. They flush the toilet and have no idea what happens after that.