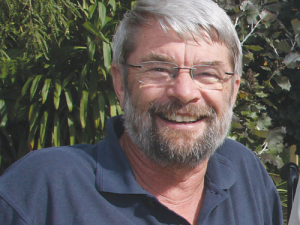 AgResearch scientists, who are carrying out the first systematic approach to surveying for herbicide-resistant weeds in arable crops with funding from the Ministry of Business, Innovation and Employement, say the results they are seeing are often many times the levels of resistance that had been expected.

In additionm new resistant weed species are also being brought forward, or discovered by the AgResearch scientists working alongside the Foundation for Arable Research (FAR) and the Bragato Research Institute, as part of the Managing Herbicide Resistance programme which began in 2018.

Herbicide-resistant weeds were first detected in New Zealand in 1979, but until recently reporting of herbicide resistance has largely been ad hoc and left to growers and rural professionals to recognise and alert researchers.

AgResearch senior scientist Dr Trevor James, who spoke last week at the NZ Plant Protection Society's annual conference in Napier, says the survey findings are a wake-up call and should be focusing efforts to manage the threat of herbicide resistance.

"The issue is that as this resistance grows, so too does the costs and impacts on farmers and crop production in New Zealand.

"We firstly need to understand the full scope of the problem across New Zealand, the mechanisms involved in the resistance, how the resistance is passed through the generations of these plants, and then we need to look at strategies to address it and slow the development of the resistance," James says.

"At present, there are limited alternatives to many of these herbicides that the weeds are evolving resistance to, and that is an area that also deserves attention and investment in the research."

In 2019, a survey took seeds from 48 randomly selected arable farms in central Canterbury and weeds resistant to Group A and B herbicides were identified from a quarter of those farms.

Further surveying across arable farms in Southland, Waikato and Bay of Plenty found at least 50% had weeds resistant to Group A and/or B herbicides, with glyphosate being a problem in vineyards. The highest risk weeds were pasture-related grasses.