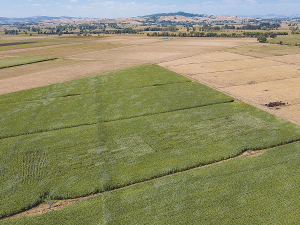 It is times like these that the extra stack of silage or the extra paddock of maize silage prove to be very valuable.

Things are very different now. The historical issues remain but added to these are increased compliance requirements, regular staff shortages, more demands from milk and meat processors, climate change and of course, global supply chain issues brought about by war and pandemics.

This increased complexity results in increased risk. Until this season, payout has been relatively stable, sitting between $6.12 and $7.54/kgMS.

The biggest business risk has been around the variable climate and trying to produce enough milk to generate good profit.

With the lure of a record payout and the hope of healthy profits, this season has been incredibly frustrating for many farmers.

The excitement of generating big profits due to the record payout has been somewhat dampened by a cold wet spring in some areas, an extended dry period in others and rising input costs across the whole industry.

It is times like these that the extra stack of silage or the extra paddock of maize silage prove to be very valuable. Stored forages like silage and drought tolerant crops like maize are great risk management tools. The advantage of an extra stack of silage is that is available for seasons like this, when it can be used to keep cows in milk and take advantage of a great payout. And if it's not needed, it can be left in the stack for when it is needed. The advantage of growing a paddock of maize silage during these periods of summer dry is that as a drought tolerant, warm loving plant, maize will produce up to three times more dry matter per hectare than pasture.

Ian Williams is a Pioneer forage specialist. Contact him at This email address is being protected from spambots. You need JavaScript enabled to view it.

Over the last decade there has been an increasing national emphasis on measuring and mitigating the environmental impacts of food production systems.

The potential of under-sowing forage maize

Given that New Zealand farmers are being expected to improve their environmental footprint, some trials in the UK around under-sowing in growing forage maize crops may have some benefits here too, particularly in the south.

OPINION: We are living in some pretty crazy times.

OPINION: I am a maize tragic. While that may come as a surprise to some, those who have read this column over the last few years will know exactly where I am coming from.