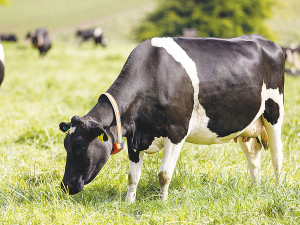 Connecterra, which uses artificial intelligence to deliver insights to dairy farmers, says it has signed a deal with Fonterra for the sale of its intelligent dairy assistant (Ida) platform in New Zealand.

Ida then uses artificial intelligence to translate the data into real-time, easy-to-understand insights in the app. Users respond to insights with just a few taps. This feedback is processed using machine learning, allowing Ida to become smarter and more personalised for each farm over time.

Connecterra says the NZ launch follows the completion of a successful two-year trial at Cloverlea Farm, a split calving farm in South Waikato.

Owner Chris Poole sees a clear difference in Ida and believes the technology can be a game changer for Kiwi farmers.

"Ida's technology is different. She learns you and your farm. It's easy to see the difference in our in-calf rates and animal health. There is so much potential for other farms in New Zealand," says Poole.

The nationwide rollout began in the South Waikato region in August. With mating season underway, Connecterra says customers are already using Ida to help with tasks such as detecting heats and drafting for insemination.

"Our goal is to empower farmers globally to increase productivity while reducing the impact of farming on the planet.

He says to celebrat Ida's arrival in New Zealand, Connecterra is offering a special introductory price for Farm Source customers and Fonterra suppliers who subscribe before January 31.

Fonterra opens with mid-point of $9/kgMS