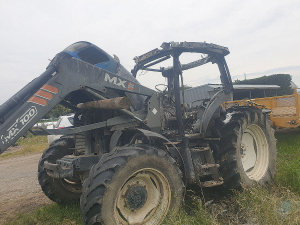 The most common rural insurance claim is tractor fires caused by birds nesting in tractor engines during springtime.

The most common claim is tractor fires caused by birds nesting in tractor engines during springtime. Drawn to small dark spaces under the hood, they quickly start building nests of twigs, often near the exhaust manifold, which when the engine is started gets hot, sets the nesting material alight.

FMG manager for advice services, Stephen Cantwell, says it's not uncommon for tractors in these scenarios to quickly go up in flames, especially if the hood is lifted for a closer look, allowing a rush of air to feed the flames, endangering lives and putting buildings and other farm equipment at risk.

"Our claims data shows nests have also caused fires in other vehicles including cars, utes, diggers, and quads."

Nests can also be a problem in switchboards of buildings, with the resultant electrical fires alongside major disruption particularly in milking sheds. It's also important for dairy farmers to keep birds out of the shed as well to protect their milk storage.

"FMG receives roughly 25 claims a year from birds getting into vats and spoiling milk," says Cantwell.

With spring now upon us, bringing with it, increased nesting activity, FMG is reminding farmers and contractors to not forget to Stop & Pop - so before starting any tractors or self-propelled units, to stop, pop the hood and check for any new nests.

Likewise, it is also good practise at the end work to get into the habit of leaving the hood raised, as it discourages the birds from starting to build a nest.

You can order Stop & Pop reminder stickers for your vehicles at www.fmg.co.nz/advice/sticker-order-form.

Cantrell also suggests you put a reminder in your calendar to check the switchboards in your house and other "powered" buildings, while also noting that bird related claims are not just limited to fires, but also carpet stains, pipes blocked by nests or smashed vehicle and building glass.