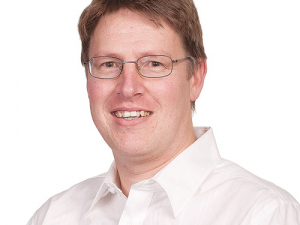 A change will be made this month to the way body condition score (BCS) records are treated before they enter the animal evaluation (AE) system.

A new process will apply more stringent limits to BCS data that flows into the AE system and will also allow multiple BCS records for an individual cow rather than just one record per season.

New Zealand Animal Evaluation Ltd (NZAEL) manager Jeremy Bryant says the changes will mean a bull's breeding value will more closely reflect the BCS genetics he is passing on to his daughters.

The need for this change was uncovered during the AE Transition, an industry-led project which transfers the operation of the AE system from LIC's animal evaluation unit (AEU) to NZAEL, a DairyNZ subsidiary.

"This has created the chance to intensively review all aspects of data processing, looking for causes of discrepancies between NZAEL and AEU's evaluation results," says Bryant. "In this case NZAEL, with LIC, saw an opportunity to enhance BCS data processing.

"By implementing this as a part of the August AE run (released August 20), farmers can make immediate use of improved breeding values."

The early phases of the transition involved rewriting data processing methods to produce results closely aligned to those now produced by AEU. NZAEL's animal evaluation system has been tested for many months, running in parallel with AEU so the results can be directly compared.

In a similar scenario, a revision of fertility data processing was implemented in February.

"The impact of this change will be small, with 95% of dairy sires moving up or down less than $4 for breeding worth (BW)."

BCS breeding values are calculated using the BCS records of two-year-old cows in progeny test herds. Two-year-olds are often assigned more than one BCS record over the season, scored when they are inspected for 'traits other than production' (TOP) and again when their liveweight is measured.

The current pre-processing of BCS data only allows one record into the system. If a cow has multiple BCS records collected over the season, these are not included in AE.

Some of the BCS records collected onfarm are very low or high (2.0 and lower, or 7.5 and greater) which may indicate ill health, data entry errors or special management of an animal. The current system does not exclude these outlier scores and so they are allowed to flow into the model.

Dairy sires often have only small numbers of daughters scored for BCS and so one outlier (high or low BCS) can have a large impact on their overall evaluation.

The new pre-processing method will use multiple records by producing an average of all the BCS data collected over the season.

In addition to this, the validation of BCS records has been increased, so that very low (2.0 or lower) and very high (7.5 or greater) records will not enter the AE model.