Westland cruising to a better year 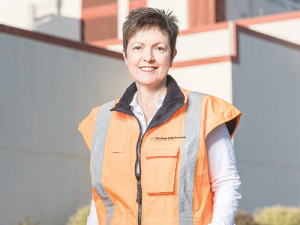 The bad years are over for Westland Milk Products.

That’s the promise from chief executive Toni Brendish who told Dairy News the West Coast cooperative has fixed most of the problems that caused its two bad years.

And some other problems that were out of WMP’s hands will hopefully not recur this season, she said, referring to the impact of Cyclone Fehi and labour-relations problems at the Port of Lyttleton.

“During Cyclone Fehi we lost power for four days and there were costs to that. Unfortunately it also impacted our ability to produce infant formula in the sequence we wanted and the quantity we needed, and the pricing did not hold up as long as we’d hoped and this also affected us,” she says.

Brendish says she takes responsibility for some other things that needed to be fixed and took longer than anticipated, such as getting quality and ‘right first time’ to the required level. Some issues that haven’t been addressed for many years take the organisation a bit longer to change, she says.

“It’s like being on your tractor on the farm and trying to fix it at the same time as you are running it. We have had to keep running, take the milk and fix things at the same time and I definitely underestimated the depth of some of those issues.”

Brendish says WMP had been getting ‘right first time’ with its commodity products but not its infant formula and although the technology had been bought for this operation, the processes and systems had not caught up.  But ‘right first time’ is now tracking well.

A tactic Brendish hopes will benefit the co-op is segregating value-add products from commodities. To this end it now focuses on A2 milk and a scheme called Ten Star Premium Standard (10SPS) which incentivises farmers to produce higher quality milk, taking into account animal welfare, environment, careful use of antibiotics, no PKE and, of course, grass-fed cows.

“I have just been to the US to meet a number of customers and we see in North America a demand for really high quality -- what I would call a very clean product which suits Westland.  North America is looking for a product that is truly grass-fed – not products from around the world where a cow might walk past some grass but not eat it. There is genuine interest in what we are doing and a willingness to pay a premium for quality products such as ours,” she says.

WMP has just collected its first 10SPS milk and is using it to make high quality butter for Lewis Road Creamery. And it has won a contract to supply UHT cream to a company that supplies cruise liners.

About 40% of the products made by the co-op can be classed as value-add; the UHT plant is now running three shifts and that product is going to China and parts of South East Asia.