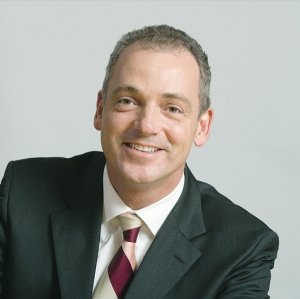 “It’s disappointing to see Federated Farmers making such ill informed comments on an issue that is for our farmer shareholders to decide.

“Their inaccurate comments run completely counter to what the chairman and I are trying to achieve – give farmers all the facts and a final vote on TAF so we can unify the cooperative.”

In the column, Leferink said TAF could be looked on as being either the partial demutualisation of our largest cooperative company or the dilution of its share value.

Fonterra would get “at least” $500 million for “at least” 8% of its equity, but, if approved, the fund could grow to a quarter of Fonterra’s equity
without further shareholder approval.

“I’m not adverse to a shareholders’ fund but its potential size places it outside my comfort zone and my support,” he wrote.

Leferink also said he’d be relaxed if Fonterra spun off overseas farming operations into a separately branded and listed company as a way to raise capital while guaranteeing in-market milk for Fonterra.

“Fortunately, most of our farmer shareholders understand that TAF is about protecting the co-op, not raising capital for growth.  They know that we can’t run our business without permanent capital. They know they couldn’t run their own businesses with money washing in and out....

“I’m confident our farmers would not want us to break off bits of Fonterra and sell it to raise capital; they will know that this completely misses the point of our need to secure a permanent, stable capital base.”

“I absolutely stand by every word I wrote because we needed to get discussion going and boy, I think it’s worked,” he says.

“The risk was that we were sleepwalking our way through an important issue for the cooperative’s future.  Certainly it has seen more information come to light and that’s good.

“While I’ve had five supportive emails to every negative one, most of the ugly comments relate to selling off the farms overseas not what I said about TAF.

“I support Fonterra retaining a stake in those farms modelled I guess on what our Government is proposing for state assets here.

“I actually like Theo because you don’t have to second guess what a Dutchman thinks.  That said, he’s probably learnt it’s better to play the ball and not the man.”

Fonterra is dropping a target to achieve 30 billion litres of milk volume by 2025.