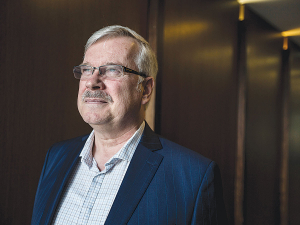 The New Zealand International Business Forum (NZBIF) has started the search for the next tranche of countries that we could negotiate a free trade agreement (FTA) with.

The organisation has produced a report, which its executive director Stephen Jacobi says is designed to stimulate discussion on who might be future trading partners. He says the reason for promoting this discussion is that the great wave of trade liberalisation with the partners we started off with 20 to 30 years ago is coming to an end.

Jacobi says NZ has done some regional agreements and have got some significant partners like the UK and the EU but says others like the US and India are really hard, if not impossible to conclude a deal with.

"The next question is when we look around and see what the future options are, we find that the pickings are rather slim," he told Dairy News.

"We commissioned some research based on a number of economic indicators around possible trade partners. Things like the ability to do trade agreements with, or if they would be interested in buying the things we sell. What that has done is give us a list of twenty two countries whom we don't have FTA's with but might be willing to talk to us," he says.

According to Jacobi, NZ still lacks formal connections with around 40% of the world's consumers. But he concedes that this could be quickly rectified if we could get a special arrangement with the US.

He says of the 22 countries identified in the research, most have the potential to take various NZ primary exports. He concedes that not all will be easy to negotiate with or may have problems meeting certain bottom lines which NZ is likely to hang out for, especially in relation to agricultural trade.

"For example, Switzerland and Norway have generally protective policies for their agriculture, but they are members of the European Free Trade Area. That means they are totally aligned with the EU and we are negotiating with the EU. So assuming we have an FTA with the EU at some point, we normally look at the next ones in line, which happens to be those two. But it won't be easy," he says.

Jacobi says in terms of dairy, many countries in the list of 22 have potential for further trade and he singles out Sri Lanka as one of those. Turkey, Ghana, Nigeria, Bangladesh, Algeria and the Dominican Republic could also be interested, he says.

"What we think is important is to start the process of discussions as to whether these are the markets for the future. At the same time we should be considering whether FTA's are the best way of developing trade with some countries in the future," he says.

Stephen Jacobi says in the present FTA negotiations with the UK the situation is depressing, with the same old roadblocks being put up against NZ as they were some 40 years ago.

He says their agricultural sector has been mollycoddled by the EU's Common Agriculture Policy: "The situation is ridiculous."

However, Jacobi says Britain is slightly different now because of Brexit. But he adds they need to walk the talk about agriculture and trade liberalisation. He says the fact that Britain has negotiated an FTA with Australia is an encouraging sign they may break out of the protectionist mould.

As for Europe, Jacobi says it's a case of the same old same as, the only difference being they have moved away from direct support for production.

"But they haven't got a market-orientted system for agriculture and if it's still a highly regulated system where the market signals are all obscured," he says.

Jacobi reiterates that the discussion paper is just that and he hopes that issues raised will stimulate conversations in the business community and government to find new ways to gain improvements access for NZ products to overseas markets.

NZ International Business Forum executive director Stephen Jacobi says the present FTA negotiations with the UK is depressing, with the same old roadblocks being put up against NZ as they were some 40 years ago.