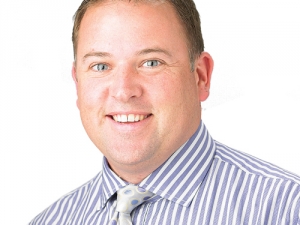 This is good news for the company, established in the 1980s to manufacture herringbone farm dairies and components like milk meters and clusters. Thirty years on and WMS is one of the largest manufacturers of rotary dairy platforms and dairy components in the world.

Just back from the World Dairy Expo in Wisconsin United States, chief executive Dean Bell says the company's development of the unique Centrus composite dairy platforms has sealed WMS' position as one of the world's leading dairy innovators.

"We are known for our herringbones and rotary systems which meet the needs of most farmers around the world, but the composite decks have given us clear differentiation in the large-scale dairy environments of China and the United States where thousands of cows are milked through dairies which operate 24 hours a day, seven days a week.

"We are starting to get traction around our international growth plans. At the moment, two thirds of our business is domestic and one third export but through innovation and acquisition we plan to increase our international business to around 70% of our turnover."

Bell says the company's Centrus composite decks boast some impressive percentages which differentiate it from traditional concrete platforms in the accelerated use and wear environment of 24 hour operations and which is resulting in higher recognition for the company and demand for its products around the world."