Nothing is getting simpler 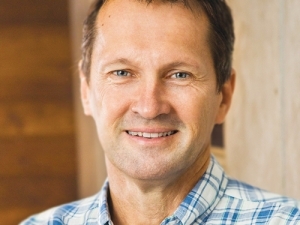 Profound changes in the overall structure of dairy markets and trade could have a lasting effect.

It might not be the greatest time to focus on this – just while we're bouncing around at the bottom of a deep commodity pricing cycle, or 'super-cycle' as it is now being called.

But it's worth spending time considering whether the dairy industry is merely travelling though the roughest parts of a deep trough that will slowly right itself, or whether these are early days of fundamental change in the structure of the global industry. There's been a quick reshaping in the imbalance of trade.

In the past two calendar years major exporters clocked a surplus of 2.5b litres, and 2016 will see only a small part of that surplus eroded unless some major weather or market shocks occur. But behind those numbers, some of the fundamentals are shifting, with biggest changes on the supply-side.

It is naive (and really early) to pass off the effects of removing the quota cap from European dairy farmers as a subtle adjustment in volumes as has long been forecast by the EU's own ag officials.

Competitive farmers in several countries with pent-up productive capacity are unleashing their potential and moving to more efficient operating models. Their companies have laid down the stainless steel ahead of the surge, because no-one expects it to be temporary. EU processors and traders have muscled up with higher volumes of ingredients to market into the world.

The product volumes from the additional 7b litres of exportable milk supplied in 2015 and likely in 2016, added to the loss of the Russian market, have encouraged the Europeans to be more aggressive, expanding their market share elsewhere.

But there will be plenty of casualties within the EU in the massive adjustment to come. Small uncompetitive processors without a spread of markets and products – and their suppliers – are already doing it tough and that will get worse.

Many small traditional farmers will painfully subsist, burn a lot of tyres and drive their tractors large distances, and get cash out of frightened politicians, but gradually exit under the stress of volatile margins and rising compliance costs. But the net effect, at least in the short-term, will be that Europe's milk supply will expand.

Meanwhile NZ dairy's ability to sustain the faith of bank and equity investors will be wearing thin with a third poor price year next season. Growth was projected on the back of a Chinese appetite that was expected to roar on for a decade or more. Many of the recently established, highly geared farms carry the greatest exposure to the cycle, but while banks would be unwise to call their debt in, it means further investments in farm expansions or conversions will be harder to finance.

While Europe is likely to expand to its natural physical limits, NZ may struggle to grow and, sadly, some efficient operators might go out during this phase. If banks act on conventional non-ag priorities, land values are at risk and a deeper problem for the industry will develop.

Not much to see in the US in comparison, as it will probably chug on and keep expanding. But with a flat home market, all of the growth has to find markets elsewhere.

The profound change going on within that industry is one of reskilling and retooling plants to get more value out of every litre, and producing products that meet customer rather than regulatory requirements. They'll keep getting better at that game.

The composition of the demand side for traded products has rapidly restructured.

South East Asia, the Middle East and North African are the largest export regions. They might in the past have plodded along with growth tracking changes in regional GDP, but in 2015 these countries collectively bought four times more product than China.

China is now a vastly different prospect to what it was. Long gone are the days of a market where overall dairy demand was growing at 6-10% per annum; now growth is reported to be less than 2%.

Important niches are developing in that market.

Other changes are also shaping demand and supply.

If Russia comes back from the chill to buy Western foods any time soon, it will be a much smaller buyer with poorer consumers and dodgy credit.

Latin America once played a much bigger role in trade – balancing product needs across the continent and gradually increasing exporters. But three major countries – Brazil, Argentina and Venezuela – are now politically and economically more turbulent than ever, sure to discourage significant inward investment.

Nothing is getting simpler out there. Buckle up.

• Steve Spencer is a director of Fresh Agenda, a Victoria dairy consultancy.