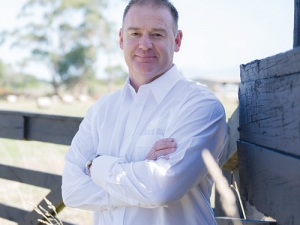 Darrell Jones has been appointed national sales manager of Gallagher Group's New Zealand animal management team. He has worked 14 years with the company.

He started in 2001 as a territory manager for Bay of Plenty and South Waikato, and became regional sales and key account manager in 2013.

He knows that long term relationships with customers cannot be taken for granted. "Trust is a long time earned but can be lost overnight, so we strive to act integrity and respect every day," Jones says.

Despite the effect of the Global Dairy Trade price index on the rural economy, Jones remains positive.

"It's definitely not all doom and gloom. Three regional field days have clearly shown that other farming sectors are performing well.

"We also showcased our Flashmate heat detection device to the dairy market, highlighting the financial benefits to farmers in tough times."

Heat detection technology has helped two Taranaki farmers to cut their herd’s empty rate from 16% to 11% in its first season, says the supplier, Gallagher Group.

It's a year for celebration as two Waikato agricultural icons pass key milestones.