N leaching, fert use under probe 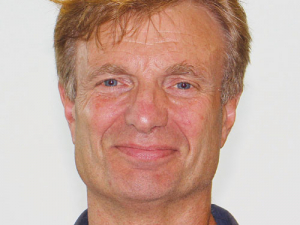 Lincoln Agritech received substantial grants in the latest round of the Ministry of Primary Industry’s Sustainable Farming Fund for two studies: one is using winter catch crops to reduce nitrate leaching loss, and the other is using real-time optical sensors to direct variable-rate fertiliser application in dairy pastures.

Both three-year projects began on July 1.

Dr Peter Carey, who heads the catch crop study, said research already shows farmers could use nitrogen more efficiently while reducing their environmental footprint, by following grazed winter forage crops with a crop that can be lifted for green chop silage in November.

The study is aimed at showing how it could be upscaled from research trials to commercial working farms, and done reliably and consistently, using various crops under various conditions.

“It can be a win-win situation. But traditionally, trying to sow a crop in the middle of winter -- like now -- is not usually encouraged, so often those paddocks have lain fallow until the next sowing of a winter forage crop or pasture in spring.”

Carey said rain and leaching from grazed winter feed paddocks can be a major loss of nitrate. “It may be only 10% of their farm area but it may be 40% of their nitrogen loss over that year.”

Some farmers are experimenting with winter crops but may get variable results. They want confidence that it will work, and the study is aimed at producing workable guidelines.

Carey said contractors involved in the study are also enthusiastic, as winter sowing could potentially bring them work at an otherwise quiet time of year.

The study will try out new technology in the form of a power spade plough imported from the Netherlands and designed to manage even wet soils. The spading action helps drive the tractor forward as it works, rather than relying on tyre traction in muddy ground.

The second study is aimed at showing how optical sensors, now widely used overseas for real-time variable fertiliser application in arable farming, can also be used on dairy pastures.

The Ministry of Business, Innovation and Employment (MBIE)-funded Optimum N project has already shown that dairy farms can reduce nitrogen fertiliser use 30% without yield loss, and reduce nitrate leaching 13%, just by identifying areas within a paddock that need less nitrogen.

However, methods such as plate meters are too time-consuming to be used to map biomass variability within paddocks.

Some farms would definitely have enough variability on pastures to get benefit from it, others maybe not, he said.

They will initially trial it on one dairy farm in Temuka to test different strategies.

In the second and third years she hoped to take the study to other commercial farms and also hopes to test other sensors if and when they became available.

A major part of both projects will be extension via demonstrations, field days and workshops.