Mycoplasma bovis a risk to other stock 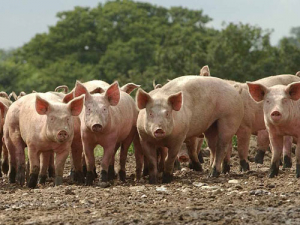 There have been reports of M. bovis in pigs.

Mycoplasma bovis can spread from cattle to other farm animals, says an expert.

He says in a case documented in Austria M. bovis jumped from a cattle herd into pigs and in the following years found its way into a dairy herd grazing in an alpine region.

A lesson learned from the M. bovis outbreak was NZ’s lack of awareness: MPI had no programme in place to deal with it.

Woodford says the MPI executive in charge of the response team “had to go and google it to see what M. bovis was all about”.

“Everyone has been caught out including the veterinary profession.”