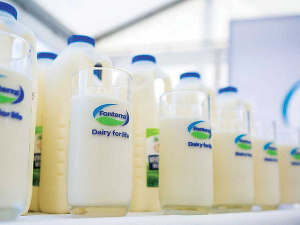 The proposal will be discussed with farmers in the coming weeks before the board decides whether to proceed to a shareholder vote.

Key changes include setting minimum shareholding at 33% of milk supply – around 1 share for every 3kgMS compared to current compulsory 1 share for 1kgMS.

The co-op says this is intended to strike a balance between providing a meaningful level of flexibility for those who need it, which is critical to maintaining a sustainable milk supply, while ensuring all farmers having some capital-backed supply

Another change is around maximum shareholding requirement: proposal is to set it at 4x milk supply, compared to the current 2x milk supply. This is intended to strike a balance between supporting liquidity in the farmer-only market – by ensuring more capacity for farmers to buy shares from those who want to sell – while avoiding significant concentration of ownership.

Fonterra’s ownership will be available for more farmers including sharemilkers, contract milkers and farm lessors.

The co-op says this is intended to recognise their connection to Fonterra, provide a pathway for future farmer owners and increase the number of potential participants in the farmer-only market by around 4,000 to support liquidity.

Exit provisions would be extended and entry provisions would be eased. Existing shareholders would have up to 15 seasons initially to exit, reducing annually to 10 seasons, which would also support liquidity and give these farmers greater choice about how long they retain an investment in the Co-operative. Meanwhile any new entrants would have up to six seasons to achieve the 33% minimum shareholding requirement. This compares to a standard three seasons for both entry and exit under the current structure.

Fonterra chairman Peter McBride says changing the co-operative’s capital structure is a critical decision and not something the Board and senior management are taking lightly.

“We are confident that this proposal would support the sustainable supply of New Zealand milk that our long-term strategy relies on.

“One enables the other, and together they give our Co-operative the potential to deliver the competitive returns that will continue to support our families’ livelihoods from this generation to the next.

“Our future success relies on our ability to maintain a sustainable milk supply in an increasingly competitive environment, and one that is rapidly changing due to factors such as environmental pressures, new regulations and alternative land uses.

“We see total New Zealand milk supply as likely to decline, and flat at best. Our share of that decline depends on the actions we take with our capital structure, performance, productivity and sustainability.

GoodYarn, a mental health workshop that helps participants to know the signs and symptoms of common mental illnesses, has received a $100,000 boost from Trinity Lands.