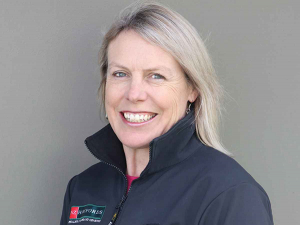 The World Hereford Conference will return to New Zealand after a 30 year absence.

Held every four years, the week-long event attracts breeders from all over the world.

Next year’s event is sponsored by Boehringer Ingelheim and will be held in Queenstown from March 9-13.

A key highlight of the conference next year is the inaugural Young Breeders Competition (YBC) which involves teams of young men and women from all over the world – the next generation of breeders – competing in a variety of breeding related disciplines and modules.

The organisers say the YBC has so far attracted nine teams including UK, US and an all-woman team from Sweden.

The YBC will start on March 7 with modules in and around Queenstown.  The final two days of the competition will be at the Wanaka A&P show on March 12-13.

With this competition being a world first for Herefords it will be a standout event for the World Hereford Conference.

“Our international visitors will have opportunity for visits to renowned high country studs to observe stock in their natural environment.

“And attendees will hear from a wide array of inspirational and knowledgeable speakers on, eg regenerative grazing management, and beef cattle, carbon and the environment.”

“We know it will be a once in a lifetime experience for many of these Hereford breeders to come this far and we’re sure they’ll leave here with a wealth of knowledge having seen the stock and being able to discuss breeding issues amongst their community.”

Registration for the event opened in June.  Earlybird registrations will close on October 31.

Tainui Group Holdings' annual Hereford sale at Hangawera Station this month was a sellout; all 159 bulls were sold for an average $2800 per head.

Tainui Group Holdings’ annual Hangawera Station Hereford sale, one of the largest of its kind in the North Island, will be held on October 5.

HEREFORD FRIESIAN cross calves are fetching astounding premium prices in parts of New Zealand as the annual round of calf sales gets into full swing.