Front up about the mistakes — Hoggard 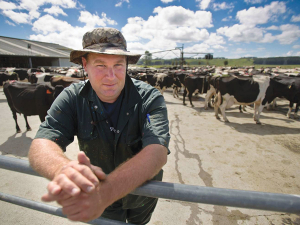 As well as laying out its new strategy, Fonterra should make clearer how it got into this trouble, says Federated Farmers national vice-president and dairy farmer Andrew Hoggard.

“I’d like to see them be a bit open and upfront about what has gone wrong, how it was wrong and what were the mistakes,” he told Dairy News.

He accepts he may be accused of living in the past but “if you don’t learn from history you are bound to repeat its mistakes”.

“So let’s make sure we know what the hell went wrong so we don’t repeat it.”

An example is the bonuses to former chief executive Theo Spierings for “f***ing the company up to be honest”. “How the hell you pay someone a bonus for the sort of mess created is beyond me.”

He hopes all those types of things have been tidied up and “we never see something like that again”.

“There is definitely a sense of frustration at what has been. At the same time I have picked up a degree of eagerness to move forward.  Just as long as the new direction or strategy is clearly articulated to us.”

He has heard it said the focus will be more on New Zealand milk but nothing has yet been put in concrete about what the strategy “is and what it looks like”.

Dairy farmers hope that will be clearly articulated in the September update.

“I have picked up that people are more positive about the direction but they are still pretty pissed off about what has been.”

He doesn’t think Fonterra farmers will jump ship over the lack of dividend.

“We still have a good milk price. If you are upset that you are not going to get a dividend and you want to leave and supply someone else, nobody else will give you a dividend anyway. They will only give you a milk price very similar to Fonterra’s.

“There might be a few people who get upset by it and decide that is the way to go but for me the logic train doesn’t quite link up.”