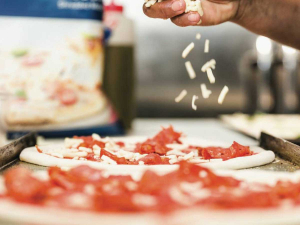 The main drivers of Fonterra’s performance was its ingredients business’s strong normalised gross profit and strong sales and gross margins from the Greater China foodservice business in the first half of the year.

Chief executive Miles Hurrell says the main drivers of the underlying business performance was a strong normalised gross profit in the ingredients business and, although there was the disruption from COVID-19, the strong sales and gross margins from the Greater China foodservice business in the first half of the year.

Ingredients’ normalised EBIT improved from $790 million last year to $827 million this year, with normalised gross profit up $165 million to $1.6 billion.

Hurrell says that at the co-op’s interim results, the normalised gross profit in ingredients was relatively steady.

“As we moved through the second half, we saw restaurants, cafes and bakeries close and intermittent spikes in supermarket sales, creating uncertainty across the global dairy market.

“This uncertainty resulted in softening milk prices, which helped improve the gross margin and gross profit in ingredients.”

Hurrell says the business achieved strong year-on-year sales growth in the first half of the year but was then hit hard by COVID-19 when many food outlets were closed. Normalised gross profit started to quickly rebound in the third quarter – although he also points out it is still not at 100%.

“We have seen significant growth across the Anchor Food Professional product range in China.

“We have entered 50 new cities across China, taking our total to 350, and our products are now not only being used in Western-style restaurants and bakeries but also those serving local cuisine.

However, foodservice businesses across Asia, Oceania and Latin America were impacted by COVID-19 in the fourth quarter. All three markets reported losses in the second half.

Despite this, normalised EBIT for foodservice overall was up 14% on last year to $209 million, a result of the strong performance by the Greater China business in the first half.

Hurrell says its Australian consumer business performed strongly with sales continuing to increase thanks to its popular beverage, spreads and cheese products.