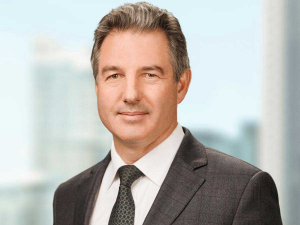 Spurway takes up his new role in 2020 after completion of the planned demerger of GrainCorp’s Malt business.

Spurway, Fonterra’s chief operating officer, is leaving the co-op. It was announced in September that he has decided to leave after eight years as an executive manager.

A statement from GrainCorp says Spurway has more than 25 years’ experience in the food and dairy industries, including multiple senior operational roles with both Fonterra and Goodman Fielder Australia: he has also held CEO roles Salad Fresh and Mrs Crocket’s Kitchen.

He will be relocating to Sydney from Christchurch and will commence work following GrainCorp shareholder and Court approval of the demerger of GrainCorp’s Malt business.

GrainCorp chairman, Graham Bradley says the board was delighted to announce the appointment of Spurway, following an extensive local and international search process.

“GrainCorp’s board is very pleased that Robert has accepted the role as the next managing director and chief executive officer of GrainCorp after completion of the demerger,” Bradley said.

“Robert is a proven leader who brings extensive experience in the food and dairy industries, both through operational and executive leadership roles.”