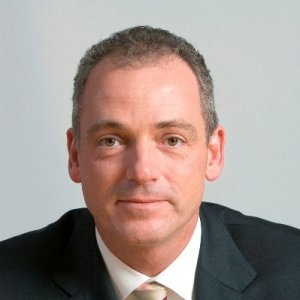 Fonterra CEO Theo Spierings says Trading Among Farmers is all about protecting the cooperative and preserving 100% farmer control and ownership – not raising capital.

"Fortunately, most of our farmer shareholders understand that Trading Among Farmers is about protecting the co-op, not raising capital for growth. They know that we can't run our business without permanent capital. They know they couldn't run their own businesses with money washing in and out.

"It's disappointing to see Federated Farmers making such ill informed comments on an issue that is for our farmer shareholders to decide.

"Their inaccurate comments run completely counter to what the chairman and I are trying to achieve – give farmers all the facts and a final vote on Trading Among Farmers so we can unify the cooperative."

"Whether it's intentional or unintentional, it's irresponsible and stirring up emotions among our farmers and damaging the cooperative.

"But I'm confident our farmers would not want us to break off bits of Fonterra and sell it to raise capital – they will know that this completely misses the point of our need to secure a permanent, stable capital base.

"Our farmers know it does not make sense to reduce their own financial exposure by selling off a few paddocks from their farm.

"We have always said that we may involve partners in our offshore farming or processing ventures in the future but this will not do anything to solve redemption risk.

"We would still run the risk of waking up one morning to find millions of dollars washing out of the balance sheet. That is what we are trying to solve here."

Spierings says Trading Among Farmers would ensure Fonterra had a stable, permanent capital base so it could deliver on its Strategy Refresh.

Trading Among Farmers would eliminate redemption risk by enabling Fonterra farmer shareholders to buy and sell shares among themselves, rather than issuing and redeeming them through the cooperative.

Spierings says Fonterra farmer shareholders will get a final vote on the Trading Among Farmers proposal on June 25 and it was important their decision was based on the facts, not rhetoric.

"We've taken account of other capital structure models around the world, but there is no cooperative anywhere in the world that is the same as Fonterra.

"Some people think redemption risk is a thing of the past but the world is still in turmoil. We could easily face another perfect storm of farmers struggling through drought at a time of financial crisis.

"We are still vulnerable and need to fix this vulnerability if we are to succeed.

"It makes a lot of sense to deal with this issue now, from a position of strength, rather than wait until we are in the middle of a crisis."

Fonterra chairman John Wilson says the co-op is providing a new level of transparency to shareholders about the business.

FONTERRA HAS entered into an exclusive partnership with UK-based Dairy Crest to market and sell two products for the fast growing global baby food market.