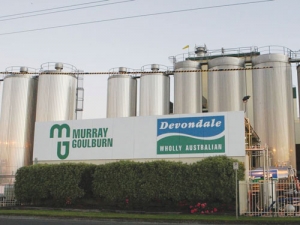 Murray Goulburn’s 2500 farmer shareholders will vote at a special meeting on May 8 on a proposal to offer TAF-like share units to investors.

However, unlike TAF – where the manufacturing and dividend-paying side of Fonterra in theory benefits from a low milk price because it means a lower input cost – MG says an improved farmgate milk price will remain its primary goal.

The MG vote comes after 12 months of consultation and discussion with farmer shareholders.

MG chairman Philip Tracy says the co-op has arrived at a historic moment. “At stake is our ambition for MG to be a world-class dairy foods business for generations,” he says.

The company proposes to raise most of its new capital in an initial public offering (IPO) of a unit trust which will be listed on the ASX. Unitholders will have an economic exposure to Murray Goulburn’s business but will not have voting rights in the co-op or its operations. The IPO will include a Friends of MG offer of units, providing priority allocation of units to existing and former suppliers, MG employees and local residents in MG’s dairy regions.

The remainder of the capital would be raised through offers of shares to MG suppliers called the supplier share offer and supplier priority offer.

MG managing director Gary Helou says the new capital structure would be a milestone, its creation showing the enduring strength of MG and its long history of higher farmgate returns for suppliers.

“Together with our 2500 suppliers we have worked tirelessly to develop a capital structure that strikes the right balance between suppliers and external investors to maximise returns.

“Central to the structure is a profit sharing mechanism which governs the relationship between FMP and the dividends and distributions paid to investors. This mechanism retains FMP as the primary measure of success of MG and aligns the interests of external investors and suppliers through increased dividends as the FMP increases.

“If approved by MG shareholders, the new capital structure will give MG the opportunity to pursue its growth and value creation strategy and at the same time retain 100% supplier control of MG.

“We will use the capital raised to invest in world leading manufacturing and supply chain capabilities to improve efficiencies and increase market reach in key growth categories including consumer cheese, dairy beverages and nutritional powders.

“These initiatives will underpin higher returns to suppliers over the longer term as we capitalise on growing demand for value-added dairy food products in Australia and Asia.”

Another feature of the recommended structure is that MG shares will have a market value for the first time.

Another round of supplier meetings discussing the capital structure will be held in late April and early May prior to the meeting. If approved, all elements of the new capital structure are expected to be implemented by July 2015.

Murray Goulburn plans to use A$500 million raised from the IPO for: