Farmers need to change or face the law – Govt 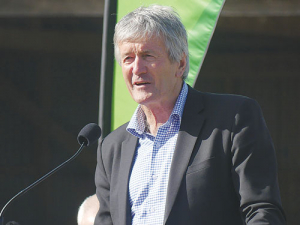 Farmers’ stance on biosecurity is going to have to change, said Agriculture Minister Damien O’Connor in a recent television interview.

He told Q&A that the previous government had gone softly softly on prosecutions of breaches of NAIT instead of sending a clear, strong message -- for the right reasons.

Now he insists his and MPI’s stance will be enforcement when the law is blatantly ignored.

O’Connor ssays farmers now appreciate that we are all in the same boat, needing good traceability systems and biosecurity.

“If we do this together we will have a more robust system. Clearly there have been failures but it’s no good pointing fingers now; we have to focus on the future.”

He doesn’t blame dairy farmers for the way the industry has expanded; the law and the circumstances were lax and farmers grew the industry as they saw fit.

“The signals to farmers were a bit mixed and muddled; we have tried to make clear to them that we want to get more from what they do now, which means more value from the raw products they produce.

“The previous government said ‘double exports’ so everyone just rushed out to double their efforts; but in fact what we really needed to do was focus on more value from what we were doing. That is the focus of our government.” – Peter Burke

A $3.5 million programme aimed at helping Covid-19 affected workers into farming careers, has been launched.