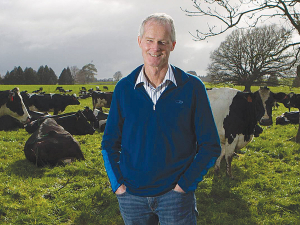 Van der Poel, who attended meetings in the North Island, says there is very little support for an ETS.

He says the meetings discussed the pros and cons of the other two options: farm-level levy and processor-level hybrid levy.

"Once people get to know what we are seeking they start to engage," he says.

Van der Poel says farmers realise that under an ETS, costs will escalate.

"It will become another tax; not too many people think an ETS is the best option."

The meetings normally started with farmers questioning the need for an emissions pricing scheme.

"There's a lot of noise out there. At the start of meetings, farmers want to know why they are going into this at all when they are most efficient in the world," he says.

The issue of costs has been a key area of discussion.

Van der Poel says they could only give farmers "best-guess estimates" on costs at this stage.

He says polls carried out at the events show farmers are open to the options, with the majority favouring one or other of the alternative options over the NZ ETS. The Government previouly legislated to put agriculture into the NZ ETS but has agreed to listen if the primary sector comes up with a better option.

"As a sector, we have to accept our emissions reduce and adapt. Otherwise, farming is in ETS and the cost of it will be out of our control," he says.

The Primary Sector Climate Action Partnership He Waka Eke Noa, which includes DairyNZ and Beef+Lamb NZ, will report its recommendations to Ministers by May 31.

"These options would deliver more positive outcomes for farmers and New Zealand than the NZ ETS," says van der Poel.

The options (a farm-level levy and processor-level hybrid levy) are more practical and reward positive change, while still achieving environmental outcomes. Some of the money raised will be invested back into R&D and on-farm work to reduce emissions.

Following initial farmer feedback on the options in December, the partners are also putting forward a two-phased approach, starting with the processor-level hybrid levy option and transitioning to a farm level system in future.

"Doing nothing is not an option. If we don't move on this, the Government will put agriculture in the NZ ETS. They have already put this into legislation but have agreed to listen if we come up with a credible alternative," says van der Poel.