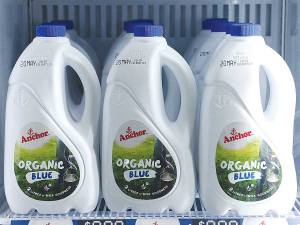 Dairy has been named as New Zealand's largest organic sector.

The figures were released in the Organics Aotearoa New Zealand (OANZ) sector strategy earlier this month.

The strategy ‘Taking Action for a Better New Zealand’ was commissioned by OANZ and aims to contribute $4.7 billion to New Zealand’s GDP while reducing climate and environmental pollution.

She says the strategy focuses on extension services to support more growers to meet organic standards, while collaborating with regenerative growers and researchers to deliver the best of both worlds.

Dairy has dominated the organic market, making up 37% of organic exports.

The 2020/21 financial year saw continued growth in organic export opportunities in key markets including China, the USA, and Russia.

For dairy, China has proved to be one of the fastest growing markets, according to the strategy document.

It says the Chinese market for organic dairy reached $1.8 billion by 2023.

“Although organic liquid milk accounts for the largest share of organic dairy products valued at US$1.6 billion, organic infant formula is also popular in China,” the strategy document reads.

It says that, valued at US$200 million, China is the largest organic infant formula market globally.

The strategy document attributes the growth in organic dairy’s popularity in China to concerns over food safety, adulteration, quality, rapid urbanisation and a growing middle-class with higher disposable income.

The strategy makes a number of recommendations in order to complete the strategy’s goals.

For the years 2022-2025, it recommends increasing consumer recognition of organic options as an effective environmental and nutritional solution.

A bill aiming to create a national standard for organic products will be considered by Parliament.

Green Party gets it wrong on organics