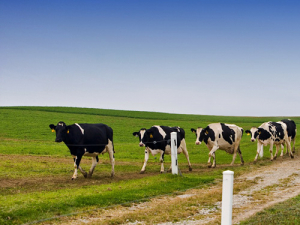 Dairy products led a rise in total exports in October.

Dairy products led a rise in total exports in October, but meat and offal exports were down from the same month last year, Statistics New Zealand says.

In October, meat and edible offal exports, our second-largest export commodity group, fell $71 million (18 percent) from October 2015. Beef and lamb exports to the key market of China were down.

For the year ended October 2016, the annual trade deficit was $3.3 billion.