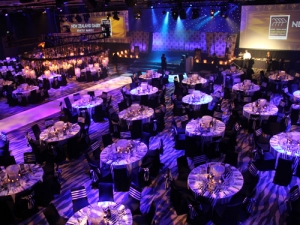 A total of 452 entries have been received in the 2016 New Zealand Dairy Industry Awards, a pleasing result given the industry's economic climate.

The awards have also undergone significant change for the 2016 awards programme, with entry criteria changing for all three competitions resulting in two of the competitions sporting new names.

"Given this we are really happy with the result and we are pleased with the balance of entries across the three competitions," says general manager Chris Keeping.

Entrants will first compete in one of 11 regional competitions being held throughout the country in February and March next year. The 33 winners of those competitions will progress to the national finals in May.

Keeping says the entry numbers are down on the 539 received last year and are the lowest received since 2010.

"The regions have worked very hard to attract the entries and are rapt with the quality of entrants and that all three competitions will be run in all 11 regions.

"A really positive factor is that there is a good balance between the three competitions – in that the entry numbers in each competition are much more even than they have been in the past.

"There will still need to be some tinkering as the awards programme continues to evolve, but overall we are very happy with the result given the changes and economic climate."

The Waikato region received the most entries with 58 in total, with Southland following with 54 entries. Canterbury/North Otago, Central Plateau and Bay of Plenty received 46, 44 and 42 entries respectively.