Activity ramps up for 2016 dairy Awards 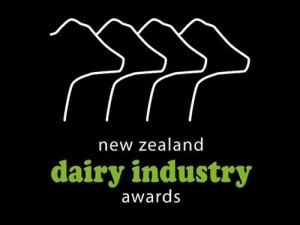 The awards, which oversee the Share Farmer of the Year, Dairy Manager of the Year and Dairy Trainee of the Year competitions, received 452 entries prior to Christmas.

Those entrants who used their summer holiday to prepare for the 2016 New Zealand Dairy Industry Awards could have an advantage, as activity gears up in this year's competitions.

The awards, which oversee the Share Farmer of the Year, Dairy Manager of the Year and Dairy Trainee of the Year competitions, received 452 entries prior to Christmas.

General manager Chris Keeping says information events for entrants and sponsors are being held in some of the awards' 11 regions over the next couple of weeks.

"These events are about providing an opportunity for entrants to meet, learn more about the awards and what they can expect, and have some fun with fellow entrants, organisers and sponsors.

"A big part of the awards is connecting people in the industry and feedback we receive reinforces that meeting other like-minded people is one of the major benefits from entering."

Keeping says the events are also about having fun, with some of the events held at venues like golf clubs and the Tui Beer headquarters.

Full details of the entrant and sponsor events can be found at www.dairyindustryawards.co.nz

She says the events are also useful for entrants as they prepare for judging, which begins in some regions later this month. Judges spend up to two hours on entrant's farms, so it is important that entrants make the most of that time and plan well.