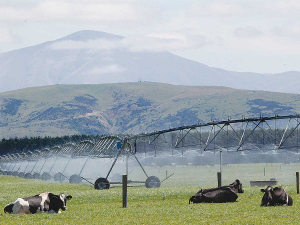 The Government is injecting $10.6 million towards a water storage facility in Raukokore, in the eastern Bay of Plenty.

“This funding will be a significant enabler of land-use diversification and high-value production in the area,” chief executive of IrrigationNZ Elizabeth Soal says.

“Currently there are a lot of regions around the country that have been declared to be in drought. Under climate change these extreme weather events are only going to occur more often, however, water storage can make us more resilient during these times”

“Although this funding boost is excellent, there is a real need for our water-related funding and decision-making to be guided by a national strategy. Whether it be related to water quantity, water quality, allocation or infrastructure, such a strategy will create a more resilient and thriving New Zealand” Soal says.

She says water is critical for so many regions, much more than just irrigation, water storage has the potential to creates jobs, reliability, improve waterway health, creates better bio-diversity habitats and overall is a benefit to the economy and wellbeing of communities.

The landowner Te Whānau a Maruhaeremuri Hapū Trust will use the investment, in the form of a loan, to design and build the water storage scheme for under-utilised, under-developed Māori land.

“This is great news for the rural community. The landowner, Te Whānau a Maruhaeremuri Hapū Trust, will use the investment  - in the form of a loan – to design and build the water storage scheme that will act as a catalyst for under-utilised, under-developed Māori land,” Jones said.

“The key focus of this project is to change low productivity land to land that will support high-value horticulture.

“The water storage facility will be key to growth in the primary sector industries, leading to increased jobs in the area.

“The long-neglected eastern Bay of Plenty faces an uphill battle in increasing regional economic growth and the rewards that brings such as higher wages and more job opportunities,” Shane Jones said.

On-farm irrigation technology has evolved at a fast pace over the last two decades and farmers have both adopted and evolved with it and have helped it evolve, according to WaterForce.