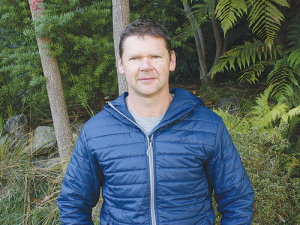 These deficiencies can undo the efforts of the best farm managers as they try to get the most out of their stock.

That’s the view of Richard Sides, Boehringer Ingelheim Animal Health NZ technical veterinarian; he urges farmers to look harder at what may be holding back their stock’s performance, and says the answer may be easier to find than they first thought.

“It could be easy to spend five seasons and a lot of money chasing the wrong solution to the problem you see in your stock, when spending just a few hundred dollars on advice and blood tests could reveal a simple trace element deficiency.”

Typically in NZ, selenium and cobalt can be the two most common deficient minerals, because of this country’s relatively young, ash type soils predominating.

Both these trace elements play a critical role in animal health and production performance.

Selenium is responsible for maintaining a healthy immune system, fertility and muscular development and about 30% of NZ’s grassland area provides insufficient selenium levels.

Cobalt is critical for the synthesis of vitamin B12, important for energy and protein metabolism (and healthy growth rates). A deficiency in cobalt is typified by poor growth rates, a loss of appetite and higher death rates in lambs.

The North Island volcanic plateau has the greatest natural deficiencies in these vital trace elements, and the ‘bush sickness’ that afflicted sheep early-mid 20th century prompted the mass plantings of pine trees as an option to pastoral farming. Many other pockets of NZ are almost as low.

Testing for deficiencies can be as simple as taking blood tests to detect levels of minerals or, going one step further, liver biopsy from several live animals can even more accurately indicate selenium levels.

“The results in a mob are consistent for selenium, so you only need about four animals in your sample for an accurate indicator.”

Sides says the outcomes of relatively simple tests can also be surprising.

“We have had cases where in one year the copper levels were low and selenium was high, and the following year they had completely reversed; had my client assumed this year was the same as last he would have not only wasted money on the copper treatment but missed out with lower production thanks to the compromised selenium levels.

“It is worth testing each year to see where your stock are at, and to build up something of a history to learn from and see where your money is best spent.”

The link between trace element deficiencies and parasites is also better understood now, and failing to address one can put stock on a slippery health slope to be afflicted by the other.

“Selenium plays a key role in helping maintain the animal’s immune system and [a deficiency would make it] more vulnerable to worms’ effects. In turn, the gut becomes inflamed by parasites, reducing its ability to absorb trace elements and so it becomes a vicious circle of infection and deficiency.”

Conducting  blood/liver tests with faecal egg counts (FEC)s to get a handle on the level of worm infections will integrate the two big challenges of worms and minerals, ensuring one is working with the other rather than expecting one to deal with the symptoms of the other.

“The beauty is that you can pursue this integrated approach, once you have identified the deficiencies, through the use of a mineralised drench treatment. Eclipse with vitamin B12 and selenium is a good example of a twin active drench delivering both minerals in an easily administered product to cover your bases.”

Sides points to the relatively low information cost that goes with acquiring blood tests, as opposed to the high cost business of trying to boost lowered stock productivity through crops and supplements.

“That is a lot of money to spend, over what may often be an already stressful time for the animal, when the solution may be far closer to home, and fixed much more cost-effectively, with ongoing benefits into the following season.”

Vets' greater understanding of livestock’s ability to sense pain has more of them integrating pain relief into some treatments, as regulations also start to tighten on treatment standards.

Shifting away from the common 28-day drench routine could help reduce resistance development and even improve livestock productivity, says an animal health company.