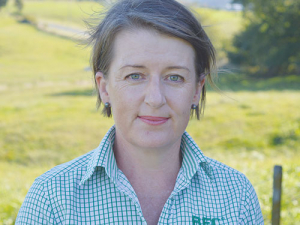 Selenium is known to be deficient in New Zealand soils, and so in plants and livestock.

They spoke to ruminant nutritionists, feed companies, veterinarians and farmers about recent research on supplements and promoted their product, said to be the first and only liquid 100% organic selenium available in NZ.

Selenium deficiency impairs animals’ immune function and so their health and production; it has a bearing on empty rates, somatic cell counts and mastitis, says Parker.

“With similar rising trends in NZ dairy production, I see no coincidence given the fact that baseline diets are likely to be deficient too. Good operators, once ruling out all other contributing factors, often continue to face rising animal health costs, production limitations and fertility concerns; they put much of their best genetics on a truck.”

According to Parker, while NZ farmers know their stock need selenium, many know little of the difference between inorganic and organic forms and what is actually available to the cow.

The source is vital in determining its adequacy.

BEC Feed Solutions has been monitoring bulk-tank milk selenium levels on NZ farms using Selisseo supplement; the company presented results of this at its recent seminars.

BEC estimates a 3:1 return on spending on its selenium supplementation, as a result of lower somatic cell counts and greater milk solids production.  The cost of treating an average NZ dairy cow with 5mg of selenium via Selisseo for 300 days is about $21, says Ross.

With dry-off just a few months away for spring calving herds, some farmers who attended the BEC seminars are said to have acknowledged they are under pressure to reduce or stop dry-cow therapy interventions, and so are looking at preventing mastitis by other means.