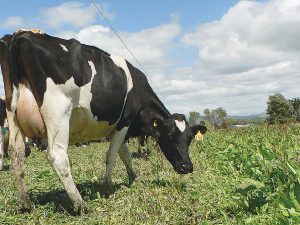 Food Conversion Efficiency is often misunderstood and overlooked, despite its role in profitability.

FCE is a simple calculation that defines the amount of feed (grown and purchased) required to produce a kilogram of Milk Solids.

Top operators convert approximately 10 kg of Dry Matter to produce 1 kgMS while at the other end of the spectrum some farmers require in excess of 20Kgs of Dry Matter.

This KPI (Key Performance Indicator) is a very important driver of profitability regardless of which farming system you are classified as (System 1 – System 5). In reality, it is the difference between those farmers that prosper and those that go broke.

So where do you start looking if milk production is not where you expect it for the feed provided? There is no simple answer, but paying attention to the following areas provides a good start.

Feed inputs – Are you actually providing what you think you are?

Pasture harvest is key and frequently overestimated, especially following conditions that lead to pasture damage such as heavy pugging or droughts. Often the most economical way to increase feed supply to cows is to focus on pasture management.

It never ceases to amaze me when stocking rates in terms of cows per hectare are quoted. Given today’s large variations in inputs from farm to farm, this figure is about as useful as the proverbial on a bull.

In terms of CSR, there is a bit of a ‘sweet spot’ around 80 kg live weight per tonne feed supplied. Higher CSR’s indicate the farm is over stocked and a greater proportion of feed supplied to animals is partitioned towards maintenance of more animals resulting in less partitioning towards production. Lower CSR’s are also an issue as there is a limit to the amount of feed any cow can ingest.

BCS (Body Condition Score) – Cows that strip and gain excessive amounts of weight in a season are inefficient.

In rough numbers cows short of feed 3 kgDM in a day will lose 1 kg live weight. To replace this weight approximately 5 kgDM will be required. How many farmers in their right mind would borrow $3 to pay back $5 a few months down the track? Not many that want to remain in business anyway!

Animal Health – as a Veterinarian, our cost to our clients is always topical. Unfortunately, while the cost of writing out a cheque on the 20th of each month is at the forefront of minds, what often gets lost is the unseen and unaccounted for losses that are incurred when ‘profit robbing’ diseases are rife within a herd.

For example, Mastitis in terms of cost of treatments may incur a Vet bill of $30 – $50, but milk down the drain over 6 – 10 days of the treatment period may equate to 10 – 20 Kgs MS (depending on the stage of lactation). Using the FCE figures above this could be responsible for up to 400 kgDM (20 kgMS, requiring 20 kgDM per MS) ‘disappearing’ from the operation. Worse still, this loss cannot be measured or reported by any accountant or banker – regardless of how ‘good’ they may be. This does not account for increased likelihood of lower production through season or increased chance of culling!

In summary, while it is widely accepted there are ‘good’ and ‘bad’ operators within the dairy industry, the crucial KPI’s such as FCE are often misunderstood and overlooked.

Making sure your ‘farm advisory team’ understands this ‘bigger picture’ and the drivers of farm profitability is a very important step.

This article is brought to you by J. Swap Stockfoods.

Turnips are a brassica root crop commonly used as a fast-maturing single-graze crop to bridge a summer feed gap and maintain milk production.

New Zealand feed manufacturers are lifting their game when it comes to quality and safety of their products.