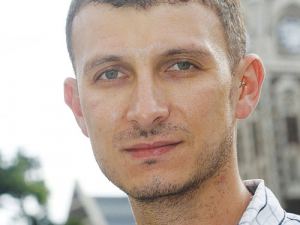 Antimicrobial resistance (AMR) is the buzzword in the animal health sector. In a series of articles, microbiologists Greg Cook and Adam Heikal explain AMR and look at how the agriculture sector should respond.

Even the least scientifically minded among us has probably heard in the news media of antimicrobial resistance (AMR), often with talk of ‘super-bugs’ or similar.

Kiwis may be tempted to think of AMR in the same way as other issues affecting the rest of world – someone else’s problem. But there is no doubt that AMR threatens both New Zealand’s healthcare and economy, so it deserves our full attention.

A UK government report on AMR, lead by the economist Jim O’Neil, estimated that if no action is taken, by 2050 there could be an extra 10 million AMR-related deaths per year, costing the global economy a staggering US$100 trillion.

Irresponsible and incorrect usage of any antimicrobial can lead to and accelerate rates of AMR. Given that antibiotic usage in food production is roughly 63,000 tonnes/year at present and predicted to rise by 67% by 2030 to over 100,000 tons, it’s clear agriculture has a role to play in averting an AMR crisis.

Because of this and other studies, the use of antimicrobials in agriculture is firmly in the firing line; an entire section of O’Neil’s report is dedicated to “reducing unnecessary use and waste” in agriculture and the environment. NZ is a low-use country, but with the all the signs globally pointing to ever-increasing use of antimicrobials in agriculture, we all need to understand AMR, the risks it presents and how we can protect ourselves and our farming industries.

In humans, the link between antimicrobial use and AMR is well established, that is, the more any given antimicrobial is used, the faster resistance to it develops. Whether drug-resistant microbes passing from livestock to humans is a risk to human health or not is less clear, though farm workers and others certainly have been infected by AMR-bacteria found on farms.

Versions of those AMR-bacteria have even been found in NZ, having travelled here from overseas. Scientists have long known of the extraordinary abilities of bacteria to mutate and pass resistance genes to other bacteria, even if they are from different species, allowing resistance to spread. If the AMR-bacteria that are on the loose are resistant to a medically important (those used to treat people) antimicrobial, then that antimicrobial becomes ineffective at treating patients. With that in mind, it is extremely worrying that in the US alone at least twice as many medically important antibiotics are used in animals as in humans.

Even common bio-active ingredients found in teat sprays, such as chlorhexidine and iodine, are considered by the World Health Organisation to be essential for basic healthcare, so we have a responsibility to use them wisely and correctly. Poor practice when using any antimicrobial is a key cause of rising rates of AMR, so it’s vital that famers use antimicrobials correctly, whether it’s listening to the vet’s advice on antibiotic treatments or following manufacturer instructions for diluting teat-sprays.

In some parts of the world the situation is critical, with millions of deaths each year caused by previously treatable diseases like tuberculosis (TB). In China and India, both now big trading partners for NZ, there are extensively and even totally drug-resistant forms of TB disease, where no treatment options remain.

So, if we’re running out of effective antimicrobials why don’t scientists just discover new ones? The answer, of course, is that we’re trying extremely hard to do that, but it’s not easy. Antimicrobials have been around for as long as bacteria have, so they’ve had millions of years to perfect their various resistance strategies, whilst the modern antimicrobial era only really began in the early 20th century. That means we’re chasing the game a little, but we’re taking great strides to better understand both how antimicrobials kill bacteria, and the bacteria themselves.

By applying recent, successful strategies in human antimicrobial discovery which led to the first new anti-TB drug discovered in 40 years to the agricultural sector, we’re aiming to develop new antimicrobials purpose-made for use in agriculture.

This innovation is long overdue and is vital in protecting NZ’s status as a global leader in responsible, high quality food production. In the meantime, we all need to think carefully about how and when we use antimicrobials, as well as what the future might hold for NZ agriculture.